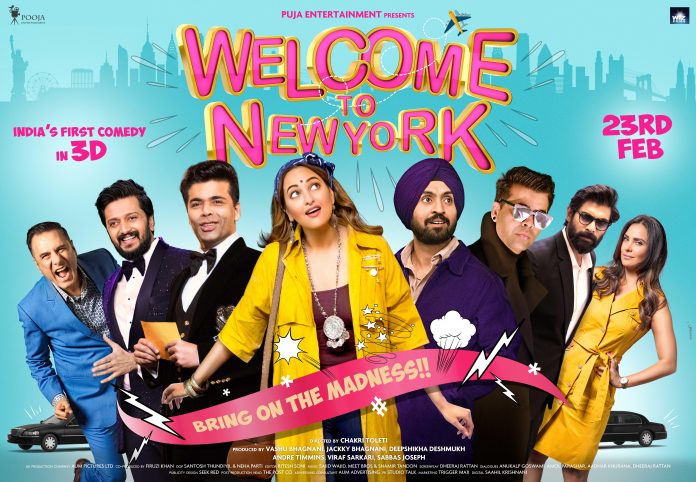 The film has been directed by Chakri Toleti, and is a heartfelt, rib-tickling comedy that tells the story of two unlikely youngsters living in India in search of a better life for themselves.

An unexpected trip to New York City sets them off on a comedic adventure, that changes their lives forever.

This is just one of the many films that Diljit is starring in this year, with his next film ‘Sajjan Singh Rangroot’, due to be releasing in March.

This is the first time Diljit Dosajh will be starring alongside Sonakshi Sinha.

Director Chakri Toleti says, “We have an extraordinary cast in our film, but the beauty is how they compliment each other. It was a pleasure working with such talented actors, especially in comedy, timing is everything.”

Welcome to New York, is said to be India’s first 3D comedy movie, and will be in cinemas worldwide 23rd February, 2018.

Check out the trailer for Welcome to New York below.