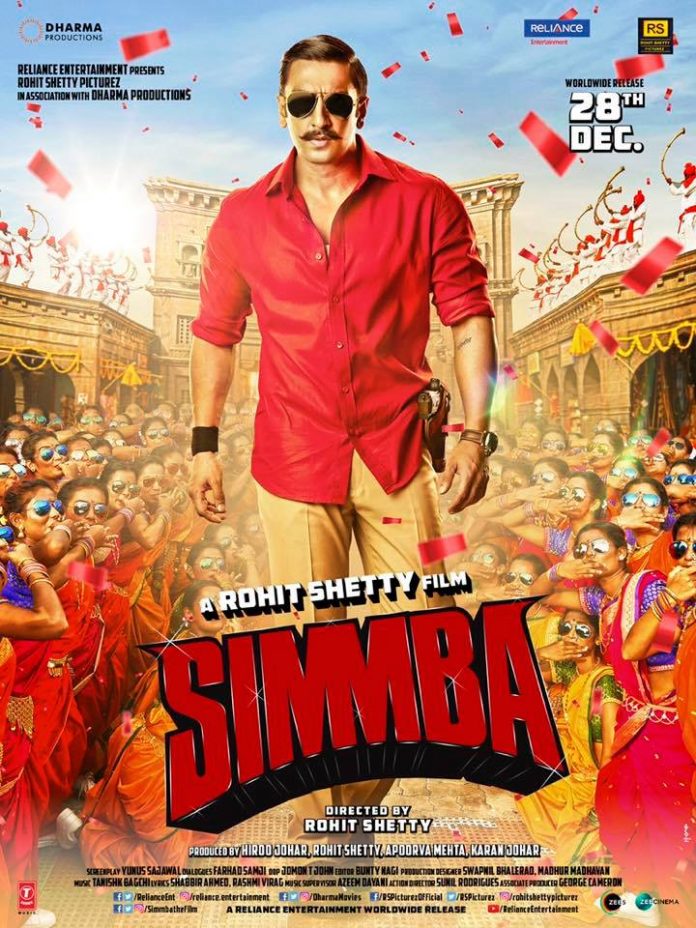 The makers behind the upcoming Bollywood movie ‘Simmba’ have released the first song from the soundtrack titled, ‘Aankh Marey’.

Earlier this week, the trailer of the Ranveer Singh and Sara Ali Khan starrer ‘Simmba’ took Bollywood by storm. It racked up over 36 million views on YouTube. Now, the song ‘Aankh Marey’ is here for fans to dance along.

The original 90’s hit ‘Aankh Marey’ featured actors Arshad Warsi and Chandrachur Singh and Priya Gill, and was part of the movie ‘Tere Mere Sapne’ which released in 1996. Kamur Sanu and Kavita Krishnamurthy sung the vocals in the original. In the revamped version the vocals have been done by Taniskh Bagchi, Mika Singh, Neha Kakkar and Kamur Sanu.

The song also features a cameo from the original cast as Kunal Kemmu, Shreyas Talpade and Tushar Kapoor halfway through the dance number.

The Rohit Shetty directorial is one of the most anticipated movies of the year, and this song is proving that statement. It’s packed with a powerhouse performance by Ranveer Singh and Sara Ali Khan.

This is the first time Ranveer Singh has worked with Rohit Shetty and Karan Johar. Bollywood newbie Sara Ali Khan will be making her second debut in a Bollywood movie and will be playing Ranveer’s love interest Sonu Sood.

‘Simmba’ is set to hit the screens on December 28th!