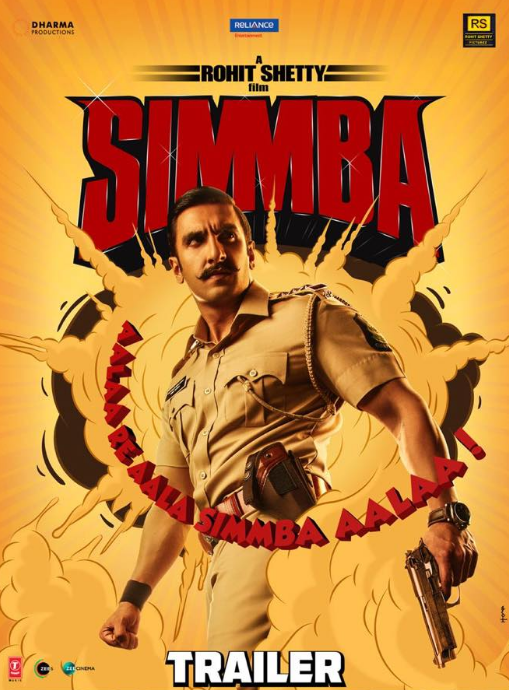 The makers behind the Bollywood movie ‘Simmba’ have finally unveiled the trailer for ‘Simmba’ starring Ranveer Singh.

Ranveer Singh has had a huge year after the release of ‘Padmaavat’ where he received raving reviews for his performance as Alauddin Khilji. Last month, he tied the knot with fellow Bollywood actress Deepika Padukone in a lavish ceremony in Lake Como, Italy. Since then, the couple have hosted three grand receptions in India with friends, family and many Bollywood stars.

To end the year, he will be starring in the highly anticipated Rohit Shetty directorial ‘Simmba’. After releasing a few teasers and behind the scenes, the trailer is finally here!

In typical Shetty style, the nearly three-minute trailer is full of colourful visuals and we get a greater look into the flick. The movie also stars Sara Ali Khan, Sonu Sood, Sidharth Jadhav and Ashutosh Rana.

‘Simmba’ follows an orphan from Shivgadh where Simmba (Ranveer Singh) was born and raised. He becomes a crooked police officer, until he decides to transform himself and goes down the right path.

The flick is one of the most talked about films of the year, and is expected to hit the big screens on December 28th.