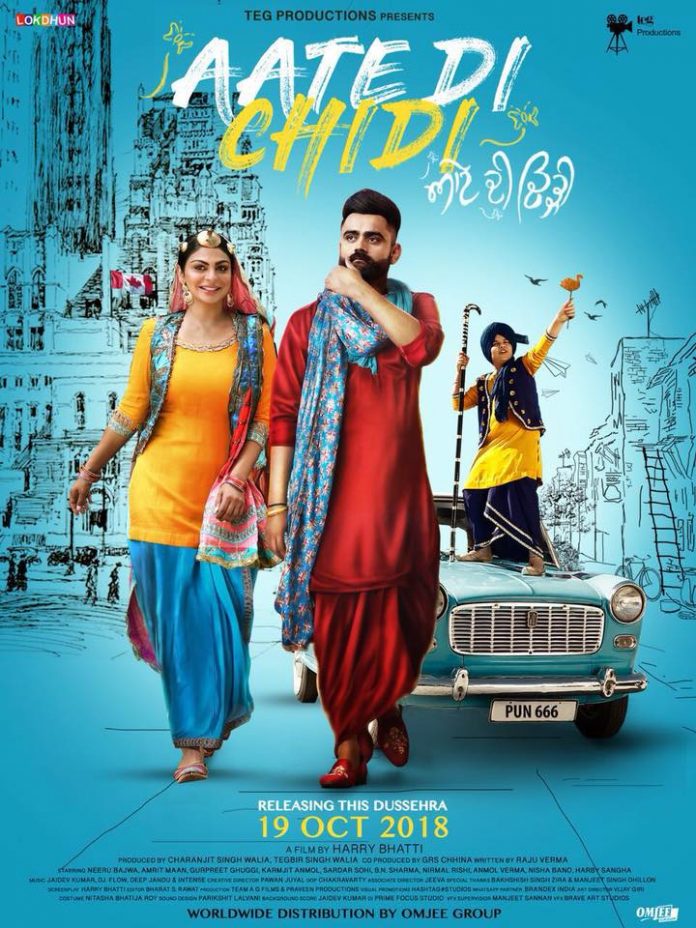 The makers behind the movie, ‘Aate Di Chidi’, have released the title track from the movie.

The title track has been sung by Mankirtat Pannu, whilst the lyrics have been written by Kaptaan who has penned down lyrics on behalf of every woman out there. It’s about looking for freedom of expression and living life on her own terms.

Punjabi music director, The Boss, has produced the Arabic inspired beats, making it a song everyone from around the world can enjoy.

We see lead actress Neeru Bajwa, bossing the dance moves and we see her in an array of colourful traditional Punjabi outfits.

Speaking about the track, Neeru Bajwa said: “This song is like giving a voice to today’s women. It is all about a woman asking her man to let her live according to her will. I have been brought up to be independent by my parents and am thankful to them, and my husband as well, who has supported me in all my decisions.”

In fact, the times are changing. Women don’t have to make demands or request their men for things. Now they are career-oriented and want to live life on their terms.”

The movie is set be released on October 19th in cinemas around the world.