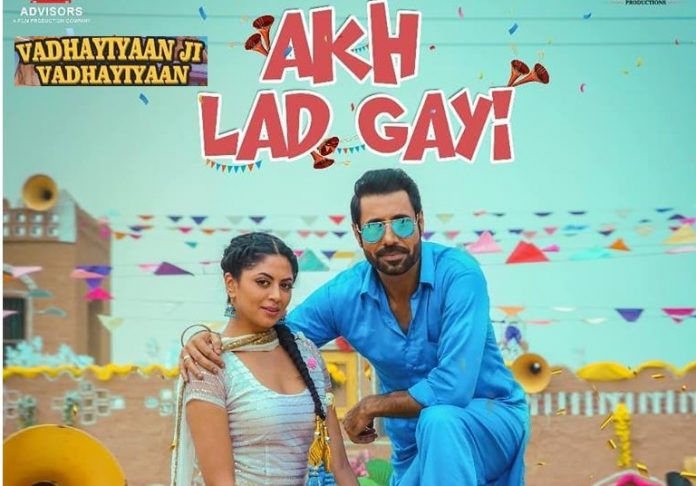 The latest track is Bhangra heavy and has been sung by no other than Punjabi singer and actor Gippy Grewal, who starred alongside Binnu Dhillon in ‘Carry on Jatta 2’, and the female vocals have been sung by Gurlez Akhtar. The traditional Bhangra folk beats have been composed by Jatinder Shah, and is accompanied by a colourful dance number that fits perfectly with the track.

Binnu and Kavita’s chemistry can be seen in full display in the video, where we see the couple confessing their love for each other whilst playfully having banter. It’s a traditional Punjabi set up full of vibrant colours and outfits, that will transport you to Punjab.

‘Vadhayiyaan Ji Vadhayiyaan’ is a Punjabi comedy movie based on Binnu Dhillon who is looking for the love of his life. It features a strong cast with many well-known faces from the Punjabi film industry. The film is set to release on the 13th July, and will cause a laughing frenzy.