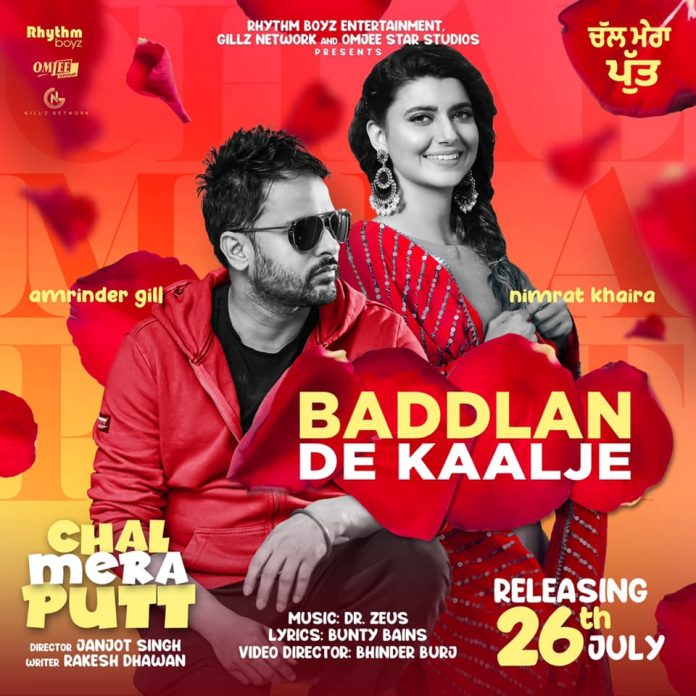 The makers behind the upcoming Punjabi movie ‘Chal Mera Putt’ have released the first track from the soundtrack titled ‘Baddlan De Kaalje’.

Last week, the highly awaited trailer dropped showing off the fresh pairing of Amrinder Gill and Simi Chahal. It was packed with romance, comedy and drama, and has made us want more.

Now, with only a few more days until the release, the first track from the soundtrack has dropped!

The track has brought together lead actor Amrinder Gill and Punjabi singer Nimrat Khaira together for the folk inspired track. Not only has that come to a surprise of their fans, but Amrinder has enlisted the help of UK Producer Dr Zeus, to compose the music for the track.

Nimrat makes a special appearance in the video, where we see her dancing along to the desi track.