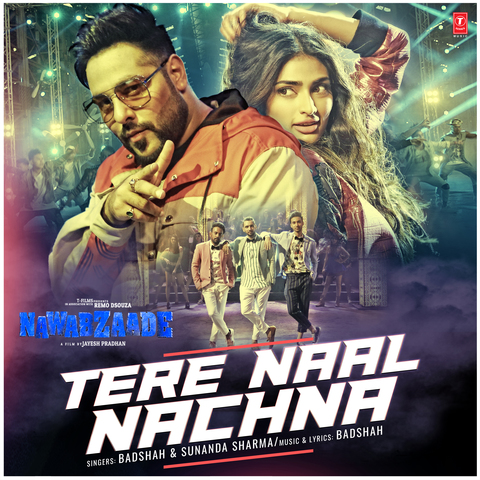 Tere Naal Nachna is the latest song to be released from the upcoming Bollywood movie ‘Nawabzaade’ sang by rapper Badshah and Punjabi singer Sunanda Sharma.

The upcoming Bollywood movie has already caused a frenzy after the release of the huge hit ‘High Rated Gabru’, which Guru Randhawa gave to the movie. Now Indian rapper Badshah has teamed up with Punjabi singer Sunanda Sharma for another dance number.

The ‘Pataka’ singer has made her Bollywood debut with ‘Tere Naal Nachna’, and Sunanda and Badshah’s singing will instantly get you into the party mood, with its catchy club beats, composed and written by Badshah himself.

In the video for the track, we see Badshah dancing along with Bollywood actress Athiya Shetty, who only makes a cameo in the song.

Speaking about the song, Badshah said: “This is a dance track with a different flavour of some new production. It was fun shooting with Remo sir, who is an absolutely wonderful director and Athiya, who is a good friend.”

“The boys in the movie are superb and Raghav is my favourite. We all had super fun dancing together.”

Since the release of ‘Tere Naal Nachna’, it has already gathered over 25 million views on YouTube, and has created an even bigger buzz over the release of the movie.

Rapper Badshah has been busy lately working on his album which is due to be released soon, and is still riding on the success of his previous track ‘Tarefeen‘ from the Bollywood movie ‘Veere Di Wedding’.