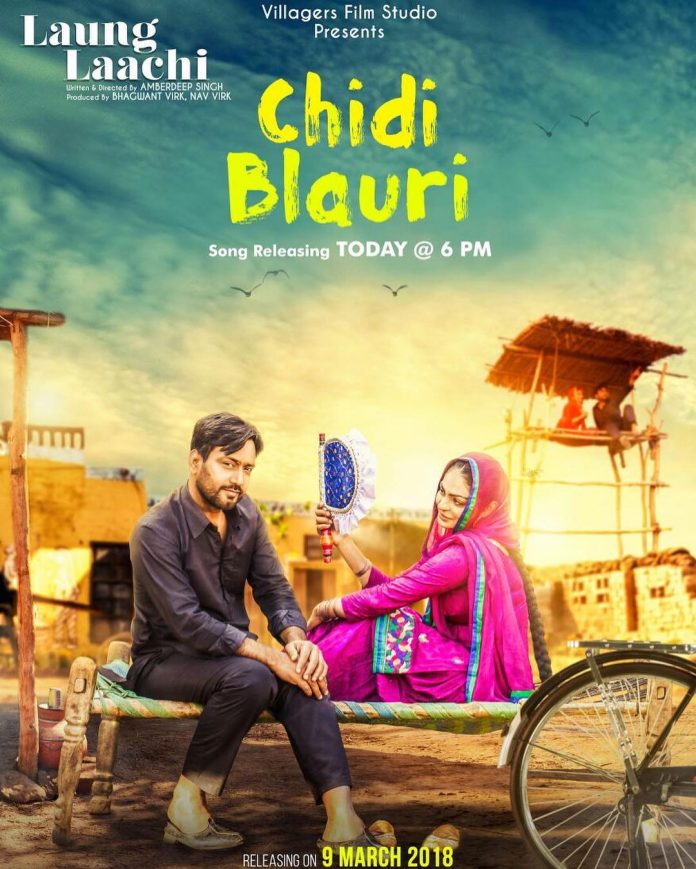 Another song has been released from the upcoming Punjabi movie ‘Laung Laachi’ titled, Chidi Blauri.

Chidi Blauri, has been sang by Ammy Virk, who also stars in the movie, and Mannat Noor.

In the music video, we see Neeru Bajwa and Amberdeep Singh’s characters relationship with one another, and a teaser from what we can expect from the upcoming movie.

The music for the song has been composed by Gurmeet Singh.

The much-awaited movie is due in cinemas on the 9th March, which stars Neeru Bajwa, Ammy Virk and Amberdeep Singh in lead roles.

Check out Chidi Blauri from the upcoming Punjabi movie ‘Laung Laachi’ below.