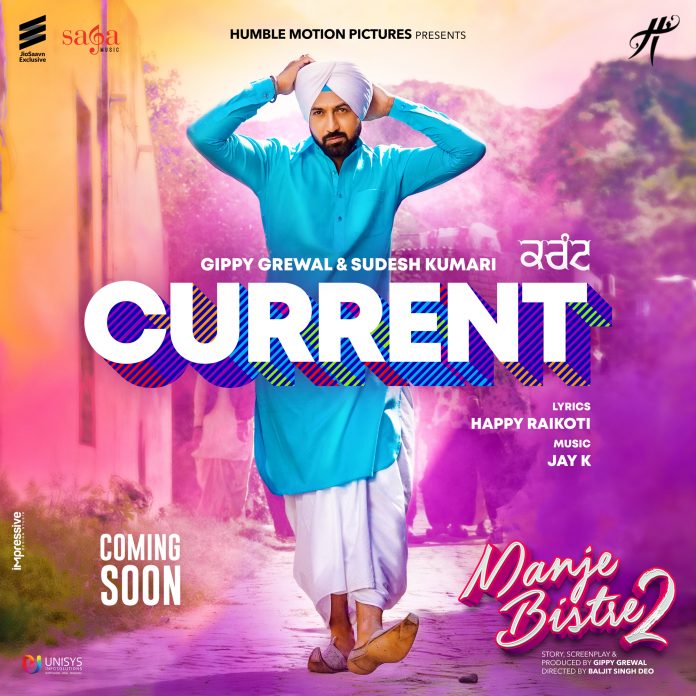 The makers from the upcoming movie ‘Manje Bistre 2’ have released the second track from the flick titled ‘Current’.

It has been less than a week since the title track was dropped, and the makers are wasting no time in keeping the audience hooked. The fresh pairing of Gippy Grewal and Simi Chahal have gripped Pollywood, and we’re sure we can expect another hit movie from both.

‘Manje Bistre 2’ has been hitting the news frequently, and have constantly treated their fans to colourful posters, songs and characters. ‘Currant’ is another exciting track, that will electrify the audience!

The quirky titled track is packed with Bhangra beats, and the powerful lyrics will have you tapping along to it. It’s a breath of fresh air seeing the new on-screen duo and we see both lead actors donning traditional Punjabi outfits.

Joining Gippy Grewal and Simi Chahal in the movie is some of Pollywood’s biggest stars such as Karamjit Anmol, Gurpreet Ghuggi, BN Sharma, and many others!