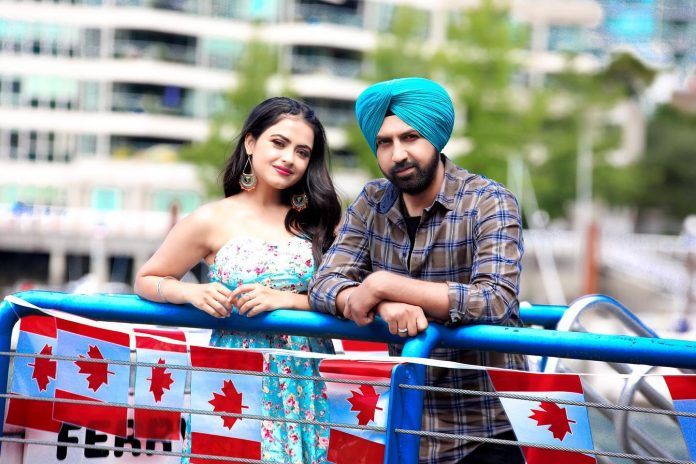 The makers behind the upcoming Punjabi movie ‘Manje Bistre 2’ have released the title track from the eagerly anticipated flick.

On the back of the release of the two teasers, the makers are building up the hype for the upcoming sequel! They have now revealed the title track, that is sure to get audiences off their seats.

Lead actor Gippy Grewal is set to entertain audiences once again in the popular movie ‘Manje Bistre 2’. He took to his social media to announce the release of the title track.

The track gives us more of an insight to the storyline of the flick, and its Bhangra powered music will get the audiences hooked. The song has been sung by Nachattar Gill, and Happy Raikoti has written the lyrics.

Joining Gippy Grewal in the movie is some of Pollywood’s biggest stars such as Simi Chahal, Karamjit Anmol, Gurpreet Ghuggi, BN Sharma, and many others!

‘Manje Bistre 2’ has been produced by Gippy’s own production house – Humble Motion Pictures, and is one of the most awaited movies of 2019. Fans can expect more comedy and laughter in this one, when the Baljit Singh Deo directorial releases on 12th April 2019.