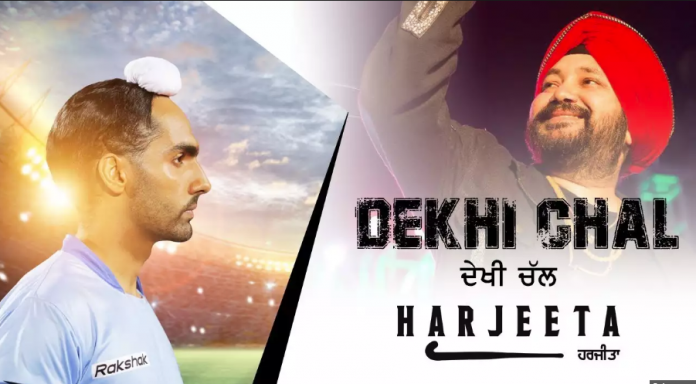 Dekhi Chal is the title track that has been released from the upcoming Punjabi movie ‘Harjeeta’ starring Ammy Virk.

The latest track has been sung by Punjabi singer Saler Mehndi, and is a powerful ballad suny perfectly by the legend. The lyrics have been written by Kaptaan, and describe the spirit of the Indian Hockey player perfectly. Not only are the lyrics well written, but the music, which has been composed by The Boss, boost the morale of the song and gives it a boost of energy.

‘Harjeeta’ is based on the story of Indian Hockey Player Harjeet Singh Tulli, and follows his journey from a small village boy to captaining the Indian Hockey team at 2016 Men’s Hockey Junior World Cup and winning the cup.

Check out Dekhi Chal from the upcoming movie ‘Harjeeta’ below.