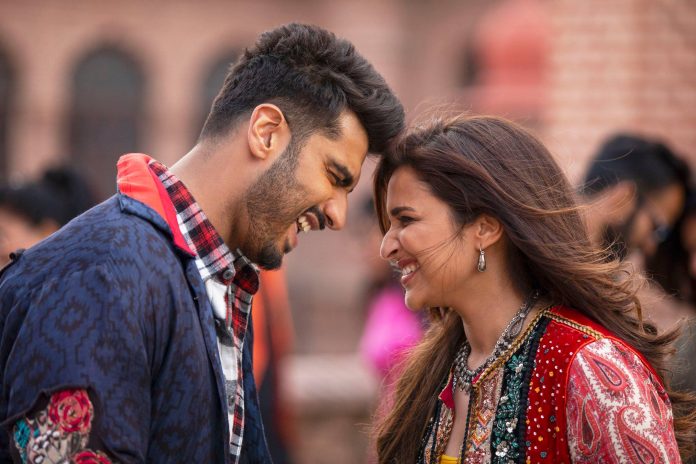 The song is a vibrant, happy song showing the romance of the two main characters in the movie.

The music video shows the couple dancing in a number of locations, in the streets of London, to a wedding party, to the farms of Punjab. It seems to be a perfect song for the romantic comedy! Arjun Kapoor announced the release of the song on his Twitter: “Time to sing along & step it up with #DhoomDhadakka!”

The upbeat song has been composed by Mannan Shah and the lyrics are the work of Javed Akhtar. Shahid Mallya and Antara Mitra’s vocals provide the perfect voice to the romantic, celebratory song.

Produced and directed by Vipul Amrutlal Shah, the film will be releasing on the 19th October 2018!