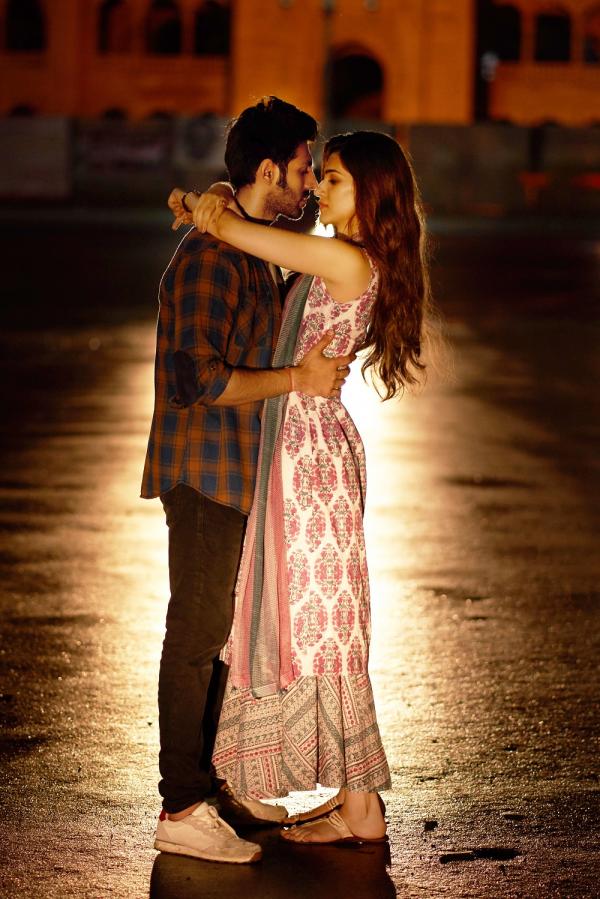 The makers behind the upcoming Bollywood movie ‘Luka Chuppi’ have released the fifth track from the soundtrack titled ‘Duniyaa’.

The Kartik Aaryan and Kriti Sanon starrer is one of the most anticipated rom coms to be released this year. The latest song ‘Duniyaa’, will pull the heartstrings of many and will make you want to watch the flick instantly.

The romantic love ballad is between the lead characters, and like the rest of the songs from the soundtrack – it is another Punjabi song remake. The original track was sung by Punjabi singer Akhil and was titled ‘Khaab’. The remake has been sung by Akhil again, however female vocals have been added by Dhvani Bhanushali.

The video portrays the Kartik and Kriti’s sizzling chemistry perfectly, and we’re also shown stunning shots of the Gwalior Fort.

‘Luka Chuppi’ explores a live-in relationship before marriage, which isn’t very common in India. It’s creating a lot of hype in Bollywood and will be hitting the big screen on 1st March!