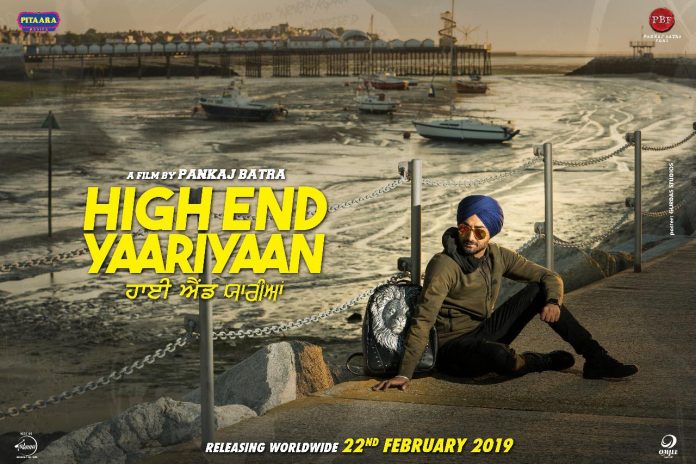 The makers behind the upcoming Punjabi movie ‘High End Yaarian’ have released the third track ‘End Yaariyan’ from the flick.

Following the release of ‘Rabba Ve’ and ‘’Churai Janda Eh’, fans have finally been treated to the upbeat dance track ‘End Yaariyan’.

The makers went for a different approach when marketing this film, and decided to release the sad slow songs first. Now, they have upped it a notch and released the Bhangra packed ‘End Yaarian’. The track has been sung by lead actor Ranjit Bawa, and again he sings about friendship, fun and their everlasting bond.

We see the three best friends in a club having the time of their lives. It’s another setting where we see how strong the friendship is. Along with Ranjit Bawa’s vocals, Sukhe Muzical Doctorz has produced the desi track.

‘High End Yaarian is all about love, friendship, heartbreak which all audience members will be able to relate to. The film is also prominently based in London, England, and follows the life of three best friends -Jassie Gill, Ninja and Ranjit Bawa.

The flick is set to hit cinemas 22nd February!