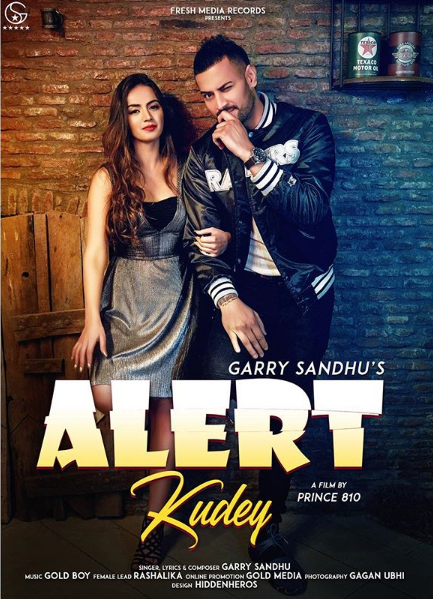 After a huge 2018, Garry Sandhu is making sure the success follows through into the new year.  The Punjabi singer released huge hits such as ‘Yeah Baby’, ‘I Swear’, and ‘Do Gallan’, and we can expect even more bigger tracks this year.

The ‘Laddu’ singer first announced the new single a couple of days ago, and since then his fans have eagerly waited for the release. Garry shared the announcement that the song was out to his 2.4 million followers.

‘Alert Kudey’ is an upbeat number and the Punjabi beats to the track will have you playing this on repeat. Garry is known for his experiential style when it comes to his music, but for this one he’s kept it desi and used the traditional tumbi instrument to keep the sound original.

The track is catchy, and shows why Garry is one of the leading artists from the Punjabi music industry. There are also rumours that his songs ‘Illegal Wepon’ and ‘Yeah Baby’ have been selected to feature in some upcoming Bollywood movies. There hasn’t been a lot of information around it, but we’re sure we will hear something soon!