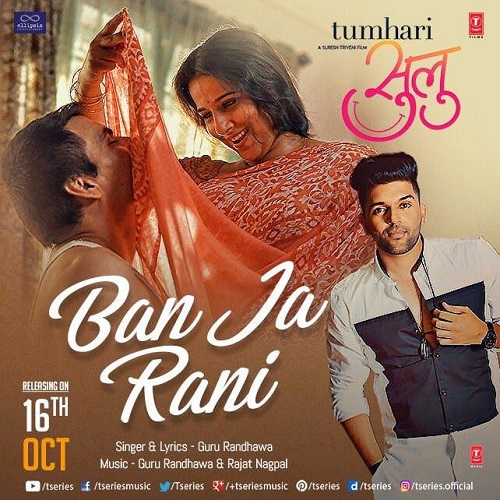 Guru Randhawa is one of the biggest Punjabi artists around at the moment, following his success of Suit Suit and High Rated Gabru.

For the second time, the singer will be featuring his track in the new Bollywood movie ‘Tumhari Sulu’, that is starring Vidya Balan.

‘Tumhari Sulu’ is a comedy film, that has been directed by Suresh Triveni and is out worldwide in cinemas on November 17th 2017.