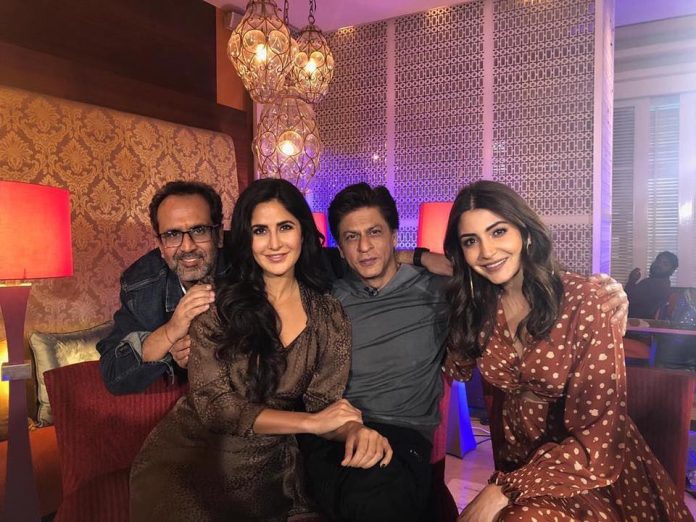 The makers behind the Bollywood movie ‘Zero’ have released another song from the soundtrack titled ‘Heer Badnaam’.

A few days before the release of the movie, the creators of the highly anticipated movie released another track off the soundtrack to create a bigger hype around the flick.

In the video for the track, we get a further insight into Katrina Kaif’s character, Babita Kumar. She plays a glamorous popstar, who Bauua Singh (Shah Rukh Khan) has a crush on. It follows the journey of her being stunning icon and then going on a downward spiral with alcohol addiction. As the video goes on, we slowly see the actress deteriorating until finally she’s throwing up in a toilet, whilst clutching a vodka bottle.

‘Zero’ also features Anushka Sharma, and Shah Rukh Khan who plays the role of a dwarf called Bauaa Singh. Anusha plays a NASA scientist suffering from cerebral palsy, who gets ends up with Bauaa Singh.

The film has already released a few hit songs such as ‘Husn Parcham’, and the romantic track ‘Mere Naam Tu’, which follows Bauua and Anusha’s character. Bollywood star Salman Khan also featured in the first song ‘Issaqbaazi’, where he can be seen challenging Bauaa.

‘Zero’ is now in cinemas!