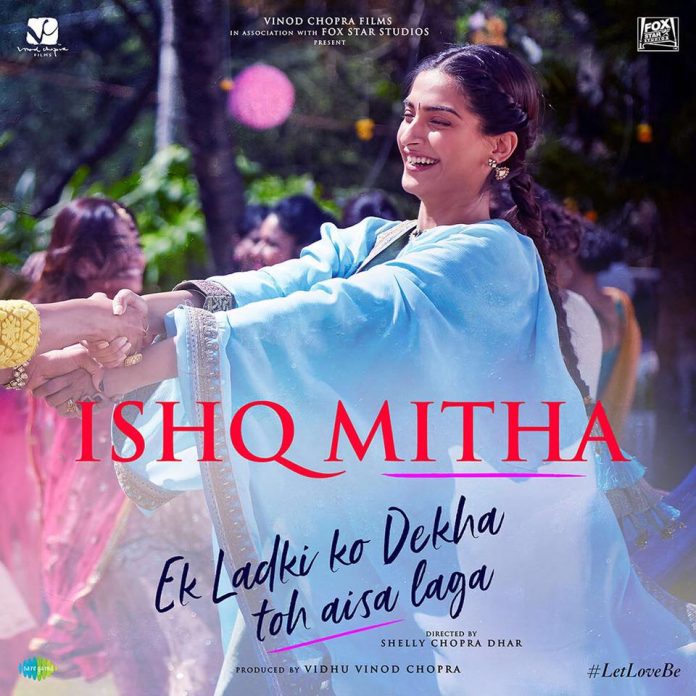 After the release of the beautiful title track, fans are now being treated to the second song from the romantic movie with a twist. The song is a remake of the classic ‘90s track ‘Gur Naalo Ishq Mitha’, which was produced by Malkit Singh and Bally Sagoo and featured Malaika Arora.

The Bollywood stars are in full on Punjabi mode, as we see Anil Kapoor putting on a very energetic performance. We also see Sonam Kapoor’s affection towards Regina, until a second love interest (Akshay Oberol) takes her away.

This is the first time we will be seeing father and daughter duo, Sonam Kapoor and Anil Kapoor, starring together in a movie. ‘Ek Ladki Ko Dekha Toh Aisa Laga’ is not your traditional Bollywood love story, and touches about LGBT. It’s a step forward for the Indian film industry as they tackle another social stigma in a movie.

The flick is set to hit cinemas 1st February.