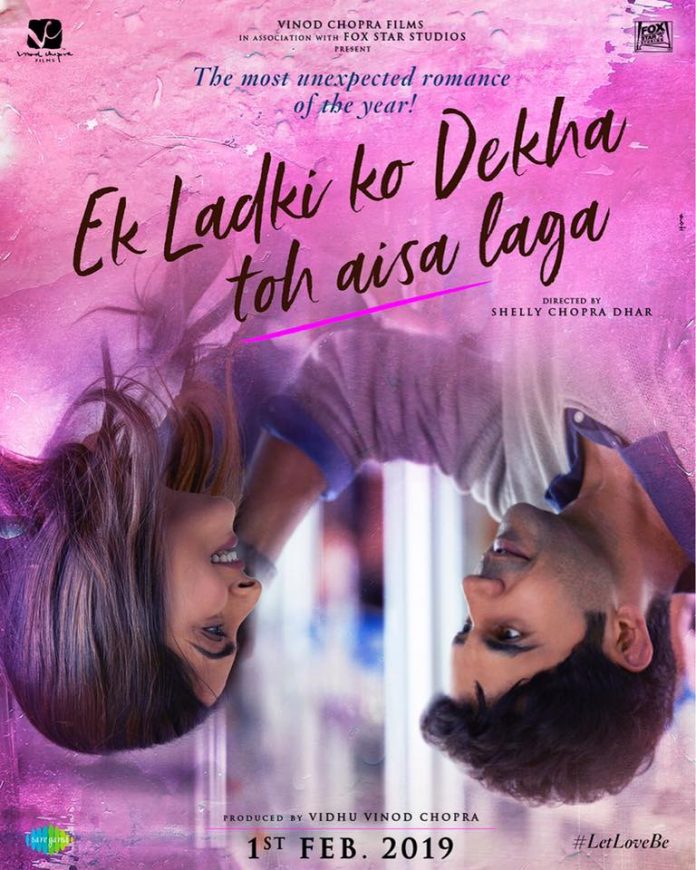 Towards the end of last year, the Shelly Dhar Chopra’s diacritical trailer was released. It was was praised by B-town, with its loving story line and the topics raised in the movie. The movie isn’t a regular love story, and has a beautiful twist at the end. It will be the first time Sonam Kapoor will be playing a lesbian, and is sure to make a huge impact in Indian cinema.

The makers behind the movie have recreated the beautiful song ‘Ek Ladki Ko Dekha Toh Aisa Laga’ from the film 1942: A Love Story. The original starred Anil Kapoor and Manisha Koirala, where we saw Anil romancing the woman he fell in love with. Now, daughter Sonam Kapoor stars in the remade version alongside Rajkummar Rao and Juhi Chawla.

The new number has been written by Gurpreet Saini and has been sung by Darshan Raval and Rochak Kohli. It has been stunningly remade, and will bring back all those feels. The video for the song doesn’t give too much away, but we get see the characters in more detail.

This will be the first flick where we see father and daughter duo Sonam Kapoor and Anil Kapoor sharing the same screen space. We can see them in the loving movie, when it hits cinemas 1st February 2019.