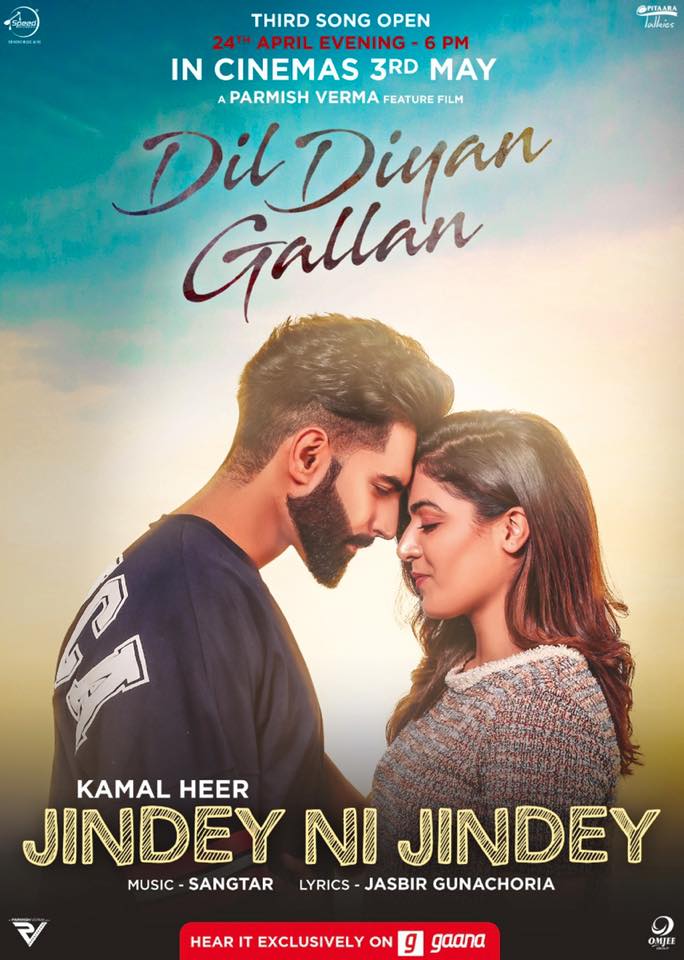 The makers behind the upcoming Punjabi film ‘Dil Diyan Gallan’ have released the second track from the soundtrack titled ‘Jindey Ni Jindey’.

Following on from the release of ‘Pinda Aale Jatt‘, the makers have slowed it down and released the heartfelt ‘Jindey Ni Jindey’.

The track is a revamped version of Kamal Heer’s original track ‘Jinday Ni Jinday’. Lead actor Parmish Verma explained in an Instagram post saying that he had grown up listening to the song, and was amazing to recreate it for his own movie.

‘Dil Diyan Gallan’ is packed with emotion such as romance, comedy and heartbreak. It will certainly hook you straight away as we follow the journey of Laddie, a Punjabi international student who falls in love. It has a dramatic turning point, where it turns out the girl (Wamiqa Gabbi) already has a marriage proposal of another.

The flick is set to hit cinemas on 3rd May!