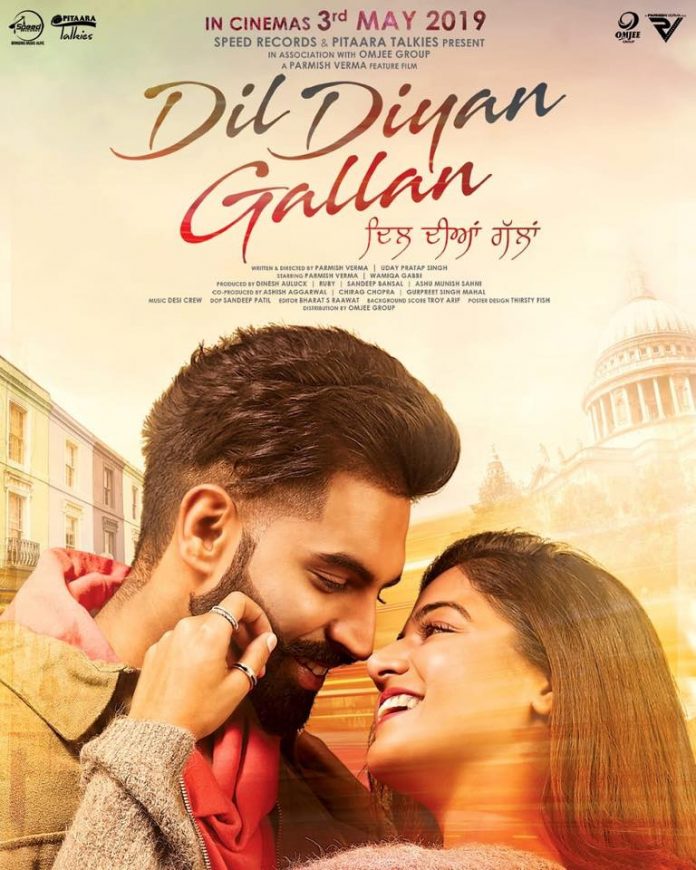 The makers behind the upcoming Punjabi movie ‘Dil Diyan Gallan’ have released the first track from the flick titled ‘Pinda Aale Jatt’.

This year, we’re seeing an increase on the number of movies releasing from the Punjabi film industry. Punjabi cinema has gone from strength to strength, and we’re seeing much more experimental styles coming out of the industry.

Another flick which is due to be released this year is ‘Dil Diyan Gallan’, which will be starring the fresh pairing of Parmish Verma and Wamiqa Gabbi. The makers behind the romantic comedy have released the first track titled ‘Pinda Aale Jatt’.

The high energy track is a great kick start to the marketing campaign for the flick, and is sure to get audiences up and dancing. The video stars lead actor Parmish Verma and real international students.

Parmish has sung the track himself, while Desi Crew have produced the energetic music. The track is about Indian international students making their mark in a foreign country, and embracing it.

Whilst fans still wait for the trailer, they can enjoy the teaser which was released earlier this year and now ‘Pinda Aale Jatt’.