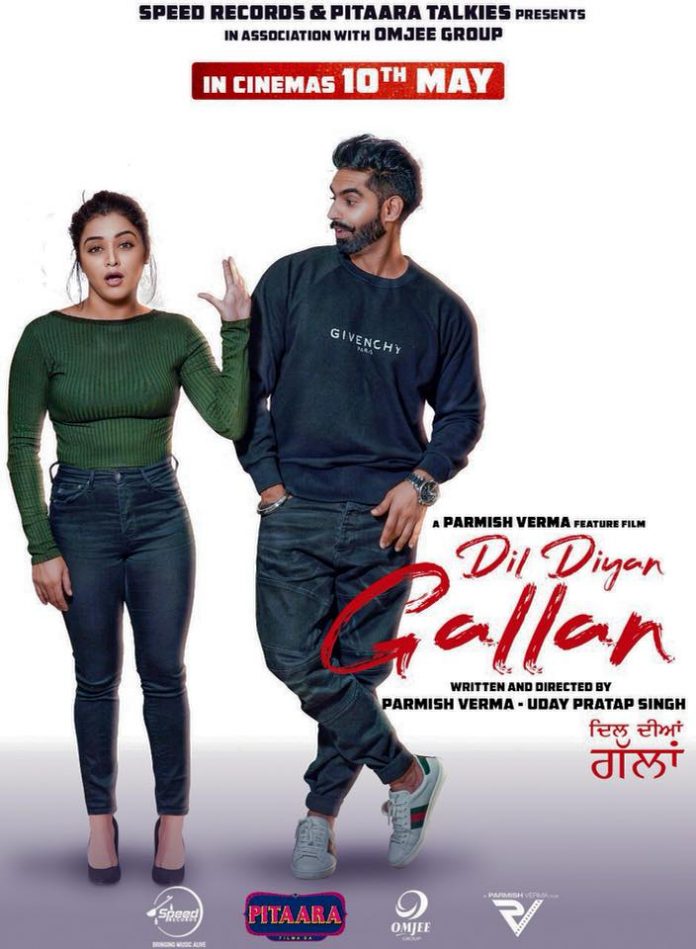 The makers behind the upcoming Punjabi movie have released the teaser for ‘Dil Diyan Gallan’ starring Parmish Verma and Wamiqa Gabbi.

The movie will be starring the fresh on-screen duo of Parmish Verma and Wamiqa Gabbi, who will be taking to the big screen together for the first time to the delight of their fans. The audience will also get to see a different side to Parmish Verma, who won’t be playing his usual style as we see in his music videos.

‘Dil Diyan Gallan’ will be a romantic flick, which has been shot in the capital, London. Since the release of the teaser, fans are questioning to what the film will be about.

In the nearly two-minute teaser, we see the couple looking emotional and sad which could indicate this film is about a break up. We’re also shown flashbacks to happier times when the couple are together around London.

We’ll have to wait for the release of the trailer to find out more, and the flick will be hitting the big screen in May!

In the meantime, Parmish Verma is currently shooting for the Punjabi version of the hit Bollywood movie, ‘Singham‘, alongside Sonam Bajwa. The duo will also be hitting the big screen together for ‘Jinde Meriye’, which will be out on Diwali.