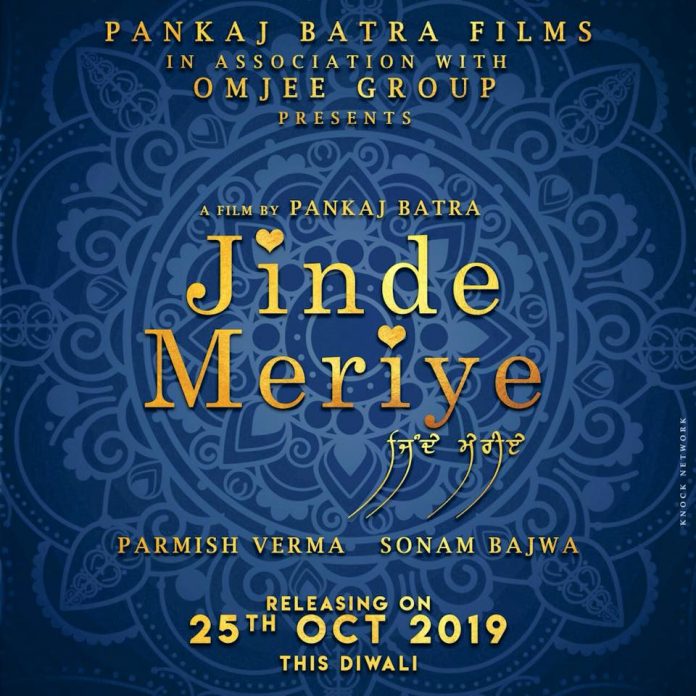 Punjabi actors Parmish Verma and Sonam Bajwa have announced they will be starring in the upcoming Punjabi movie ‘Jinde Meriye’ together.

We will be seeing the pair debuting as an on-screen couple together in the Punjabi remake ‘Singham’, where Parmish Verma will be playing the lead role of inspector Dilsher Singh.

The ‘Gaal Ni Kadni’ singer shared the exciting news about the second project to his 3.1 million Instagram followers:

Very Happy to Share the announcement of Our next Movie #JindeMeriye along with Sonam Bajwa. Releasing on #Diwali this Year #25th October 2019. Directed by PankajBatra Bhaji. Produced by PankajBatraFilms and OmjeeGroup

The titled movie ‘Jind Meriye’ will star the two Punjabi actors and will be hitting the big screen around the Festival of Light – Diwali. From the video shared, it may be a romantic comedy that will sure go down a treat with fans of the duo. The flick is directed by Pankaj Batra and has been produced by Pankaj Batra Films and Omjee Group.

In the meanwhile, the on-screen pair will be starring in Singham, which will be released later this year. Parmish Verma will also be starring in ‘Dil Diyan Gallan’, alongside Wamiqa Gabbi and will be in cinemas 10th May!