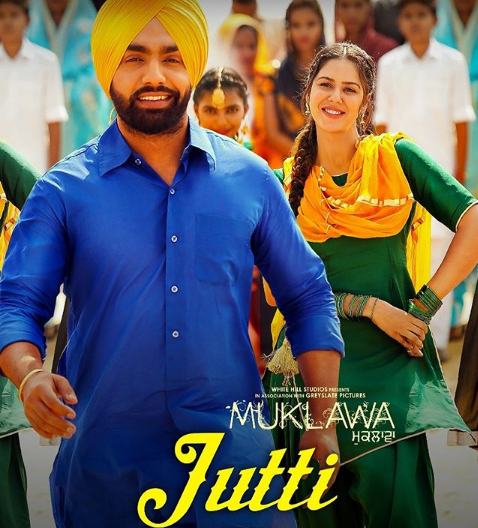 The makers behind the upcoming Punjabi movie ‘Muklawa’ have released another track from the soundtrack titled ‘Jutti’.

Following on from the success of the previous tracks ‘Kala Suit’ and ‘Gulabi Paani’, the makers are keeping the momentum building on this flick. They have now released the dance along track ‘Jutti’.

The video features lead actors Ammy Virk and Sonam Bajwa, as they show off their on-screen chemistry. We see the pair dancing with one another, whilst dressed in traditional Punjabi clothing.

The track has been sung by Ammy and popular Punjabi singer Mannat Noor. ‘Jutti’ is the perfect wedding song, and will be pulling on many heartstrings.