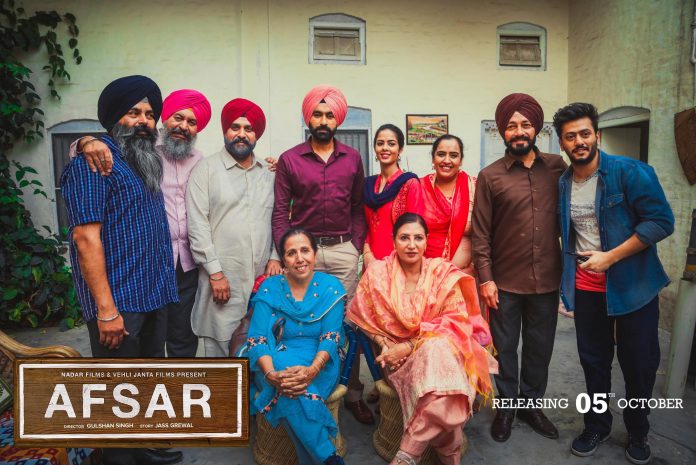 It’s an amusing track with a peppy Punjabi vibe, featuring Tarsem Jassar trying his very best to woo the love of his life played by Nimrat Khaira.

The romantic comedy ‘Afsar’ is produced by Gulshan Singh and set to release on 5th October 2018 and will feature Karamjit Anmol and Gurpreet Ghuggi in supporting roles.