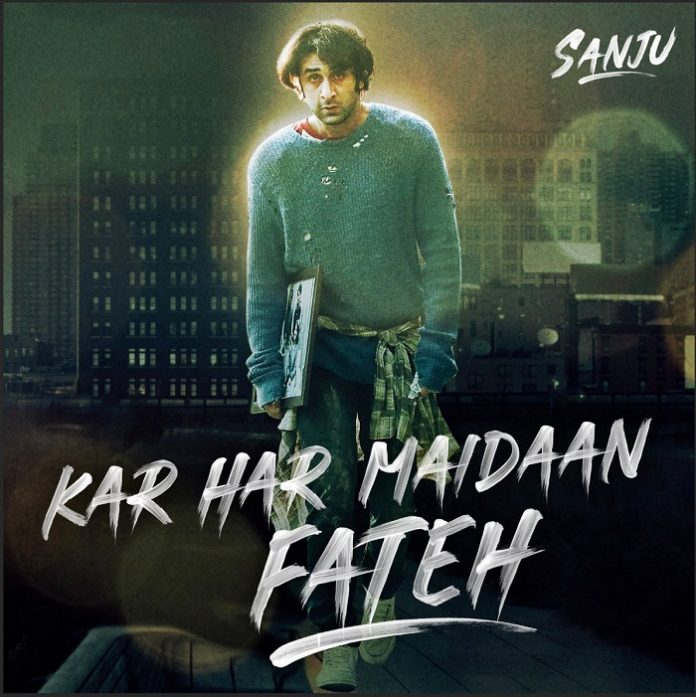 Kar Har Maidan Fateh is the latest track to be released from the upcoming Bollywood movie ‘Sanju’ starring Ranbir Kapoor.

This is the second song to be released from the highly anticipated biopic movie about Sanjay Dutt’s life, which has been portrayed by Ranbir Kapoor. This time it features Ranbir with Paresh Rawl and Manisha Koirala, which gives us an insight into Sanjay Dutt’s drug abuse days and how he overcame the low point in his life.

In the video for the song, we see Ranbir playing the part of Sanjay’s life, where he is battling a drug addiction and see him begging his on-screen father to save him from the addiction to the last frame, where we see Ranbir breathing in fresh air. 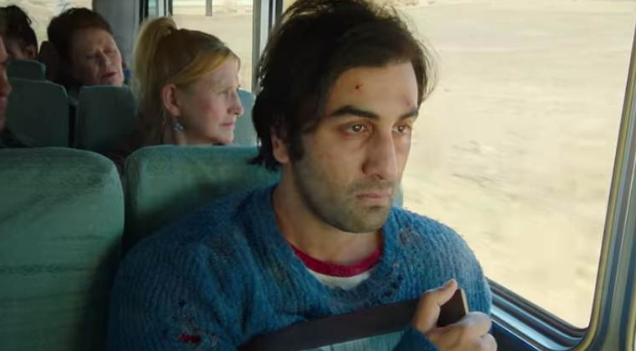 Ranbir keeps us hooked and plays Sanjay Dutt so well that even audiences will think that they are the same person. We see Ranbir play an array of emotion, and see him begging, vulnerable and aggressive in the clip, which will captivate audiences straight away.

The song has been sung by famous Bollywood playback singers Sukhwinder Singh and Shreya Ghoshal.

‘Sanju’ is a film based on the roller coaster life of Sanjay Dutt, where can get glimpses into his crazy and controversial life. The trailer has already received a lot of praise from Bollywood stars to Journalists, praising Ranbir Kapoor’s realistic performance.

The movie is scheduled to be released on the 29th June, but in the meantime check out ‘Kar Har Maidan Fateh’ from the movie below.