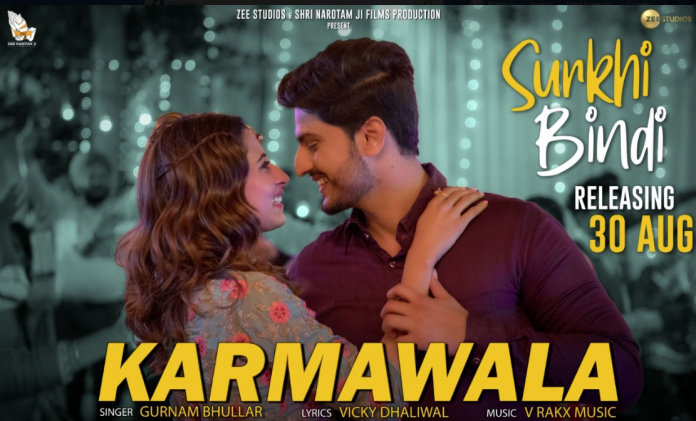 The makers behind the upcoming Punjabi movie ‘Surki Bindi’ have released the first song titled ‘Karmawala’.

There has been no shortage of Punjabi flicks this year, and the industry continues to get stronger with each release. Another movie hoping to smash the box office this year is ‘Surki Bindi’.

The Gurnam Bhullar and Sargun Mehta starrer is set to be the full package, packed with comedy, drama, romance and emotions but most importantly, giving a social message of women empowerment and highlighting the importance of support in a relationship.

The official first look poster was released last week, and now the makers have wasted no time in sharing the first track.

Lead actor Gurnam Bhullar has lent his vocals for the filmy number, which is set in the heart of a wedding celebration. It’s sure to get people up and dancing in no time!

Speaking about the song, Gurnam said: “Karmawala is the first song from the film and I am sure that this will be a part of every Dj’s playlist in the wedding functions.

Vicky Dhaliwal has done a wonderful job with the lyrics. I personally enjoyed a lot while singing and performing with Sargun Mehta. Apart from this song, we will soon release the trailer of the film. I am sure people will definitely love this.”

This is the first time we will see Gurnam and Sargun as an on-screen couple, and we can’t wait to see how the film pans out. The Jagdeep Sidhu directorial is set to hit cinemas 30th August.