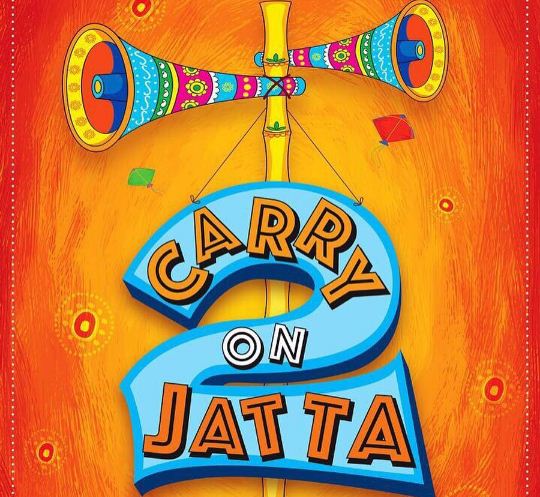 Kikli is the sixth song to be released from the upcoming Punjabi film ‘Carry on Jatta 2’ starring Gippy Grewal and Sonam Bajwa.

The makers of the movie have been gearing up for the release, and have been presenting new songs from the movie to create a buzz around the movie.

The song features lead actors Gippy Grewal and Sonam Bajwa, showing their feelings for each other with intense glances at one another. We see Sonam dressed in a variety of traditional clothing, looking beautiful than ever, and Gippy looking coy and smitten with the actress.

Gippy Grewal has sang the love ballad, along with famous playback singer Sudesh Kumari. The beautiful lyrics have been written by Happy Raikoti and the soft and gentle music is by Jay K.

‘Carry on Jatta 2’ is one of 2018’s most anticipated movie to be released, and has been directed by Smeep Kang. The movie has an all-star cast featuring Gippy Grewal, Sonam Bajwa, Binnu Dhillion, Gurpreet Ghuggi, Jaswinder Bhalla, B.N. Sharma, Karamjit Anmol, Upasana Singh and Jyotii Sethi.

Check out Kilki from ‘Carry on Jatta 2’ below and on BritAsia TV.