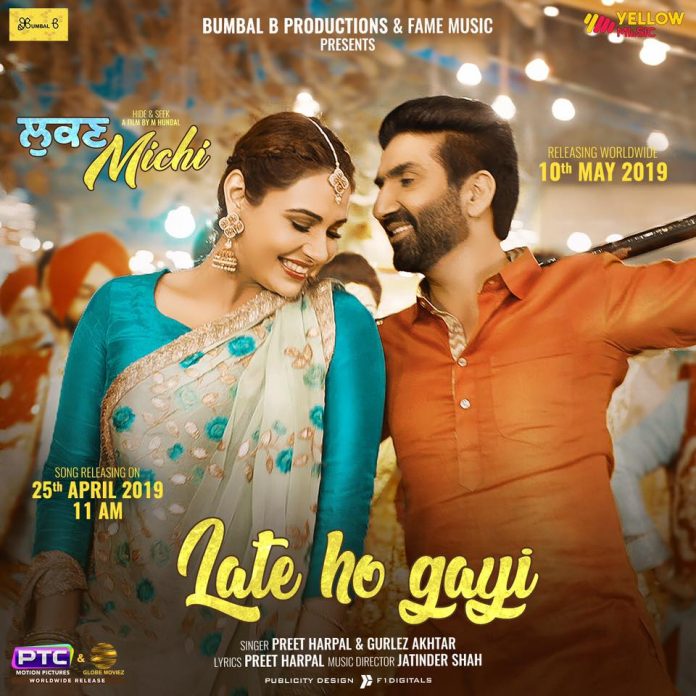 The makers behind the upcoming Punjabi movie ‘Lukan Michi’ have released the first song from the soundtrack titled ‘Late Ho Gayi’.

Following on from the colourful trailer, which was released earlier this week, the makers are building the hype and have released the high energetic track ‘Late Ho Gayi’.

This is the first time we will be seeing Mandy Takhar and Preet Harpal starring in the same movie together, and we can see the great chemistry shining through already. We see both characters being coy with one another as they dance to the Bhangra track.

The track has been sung by Preet Harpal himself and the female vocals have been sung by Gurlej Akhtar. The music has been composed by famous music director Jatinder Shah.

‘Lukan Michi’ is set to be full of laughs where family rivalry gets in the way of two lovers. The flick has a stellar cast including Karamjit Anmol, BN Sharma, Nirmal Rishi, Yograj Singh and many more.

‘Lukan Michi’ is set to hit cinemas on 10th May!