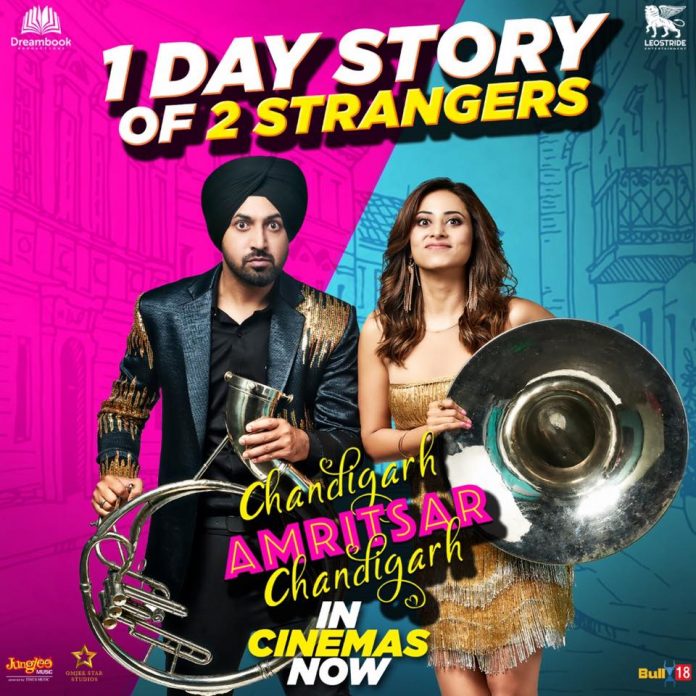 The makers behind the Punjabi movie ‘Chandigarh Amritsar Chandigarh’ have released another song to celebrate the release of the flick titled ‘Mattha’.

The flick was released at the end of last week, and was a huge success in the box office. The fresh pairing of Gippy Grewal and Sargun Mehta came to the delight of their many fans around the world.

Now, the makers have shared the love ballad to celebrate the release of the flick.

It’s very rare when we see Gippy Grewal lip sync to other artists vocals, but for the latest track he has enlisted the voice of co-star Karamjit Anmol to sing this ballad.

In the video, we see Gippy dressed in traditional Punjabi clothes, whilst surrounded by colourfully clothed Bhangra dancers. Lead actress Sargun Mehta also makes an appearance in it, and we see her looking adorably at Gippy.

Catch the flick in cinemas now!