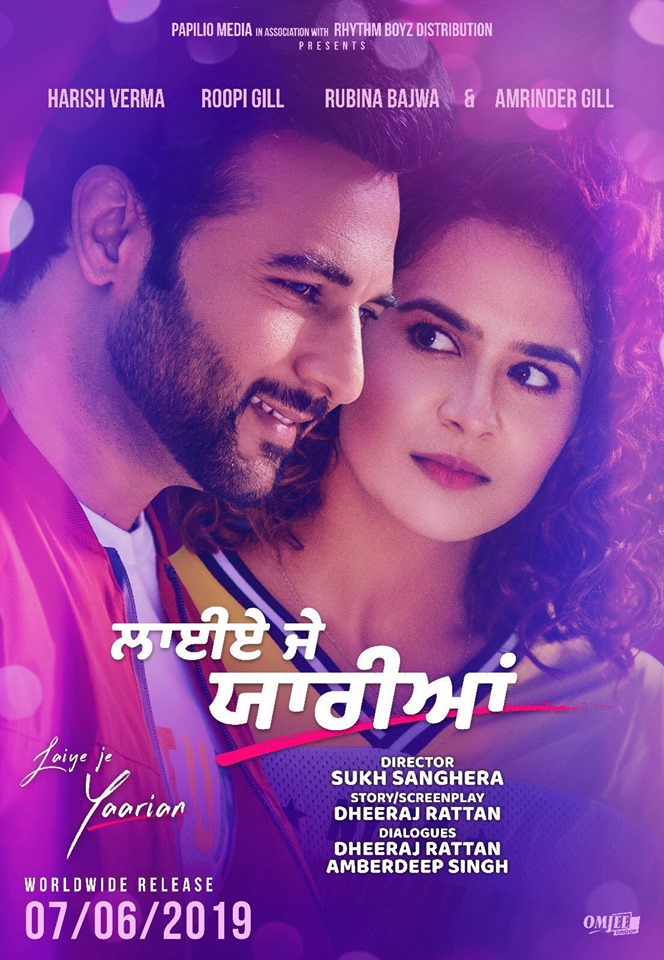 Amrinder Gill’s latest movie ‘Laiye Je Yaarian’ finally released in cinemas today, and been embraced by his adoring fans around the world. The soundtrack is jam packed with huge names such as Intense, Dr Zeus, and many others.

Now, to celebrate the release another track has been dropped.

The latest track has been sung by none other than Punjabi singer Garry Sandhu! The ‘Illegal Weapon’ singer will have you hooked with his smooth vocals, and the music by Intense is as filmy as it gets.

‘Laiye Je Yaarian’ is set to be full of comedy, confusion, madness, and a drop of romance and revenge plotting. The flick has a star-studded cast including Amrinder Gill, Roopi Gill, Harish Verma and Rubina Bajwa.

With many twist and turns in the flick, it will have audiences gripped! The Sukh Sanghera directorial will hit the big screen on 5th June 2019.