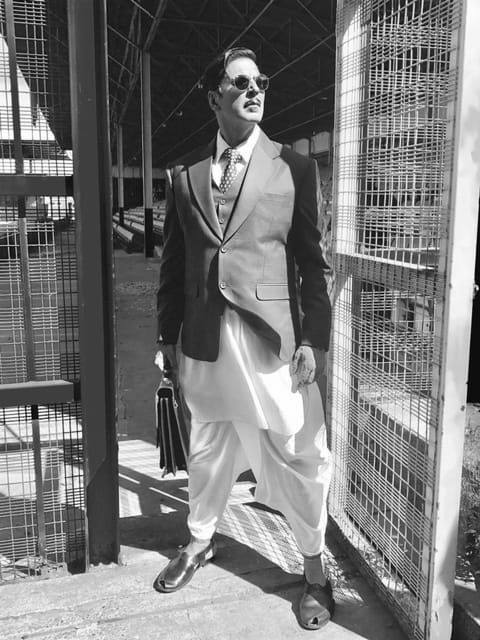 ‘Monobina’ is the latest song to be released from the upcoming Bollywood movie ‘Gold‘ starring Akshay Kumar.

Just before the premier of his new film ‘Gold’, Akshay Kumar has seen the release of the song ‘Monobina’. Composed by Tanishk Bagchi, the song is full of fun, celebratory revelry and 1940s-inspired western influence.

The fun tune, performed by Yasser Desai, Shashaa Tirupati, Monali Thakur, and Farhad Bhiwandiwala, is sure to get you up and dancing! Kumar himself shared the song on his Twitter with a note to its catchy party vibe: ‘Foot tapping music, crazy lyrics, a hook step and #Monobina make this song pure.”

In the music video, we see Kumar, aka the film’s protagonist Tapan Das watching some foreign performers on stage at a fancy dinner. The scene gets a fun, desi flavour when Tapan Das gets up to join the performers in a declaration of love and admiration for his wife, Monobina, played by TV actress Mouni Roy. He employs her to dance with him.

Bengali actress Roy will be making her debut to the big screen with this historical sports film. We can already see that she’ll fit perfectly with her enchanting nakhre (attitude). Kumar and Roy’s on-screen chemistry is evident and the fun that they must have had while filming is infectious! We can’t wait to see the film, which will be releasing next week, on 15th August!