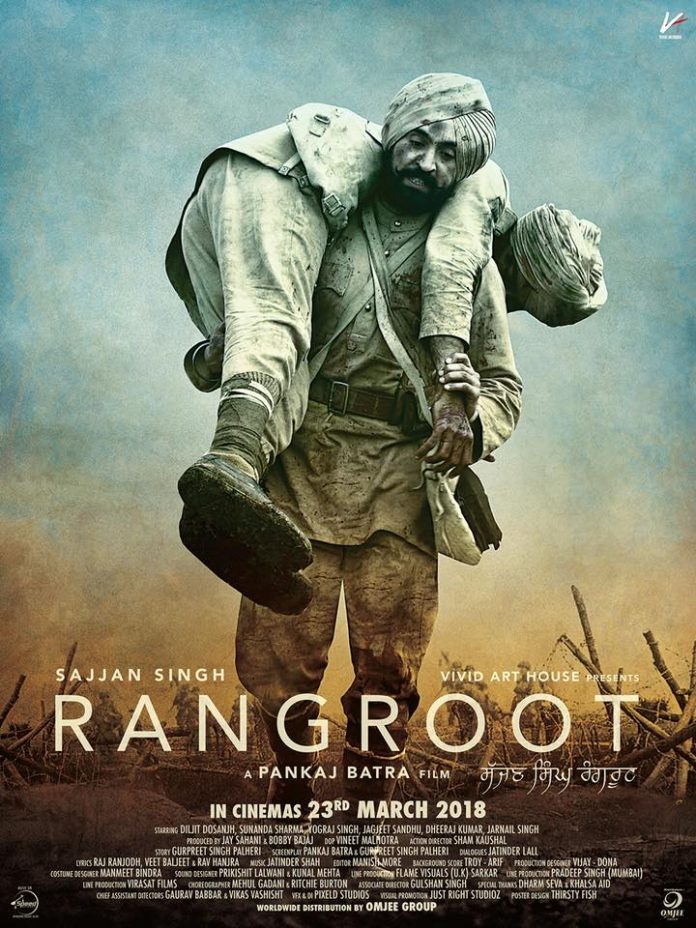 Fans have been eager to see more of the star in the upcoming war story, and they have now been treated to the latest song that shows the heroes boosting each other’s morale’s.

The uplifting song is sung by Diljit Dosanjh, and has been written by Veet Baljit, with the music comped by music director, Jatinder Shah.

The celebratory song is a traditional Bhangra song, with dhols blasting in the music. Peepa is an inspirational track, and shows us how the regiment pulled through, even in the treacherous conditions.

‘Sajjan Singh Rangroot’ is due to be released next month in cinemas worldwide.

Check out Peepa from the upcoming Punjabi movie ‘Sajjan Singh Rangroot’ below.