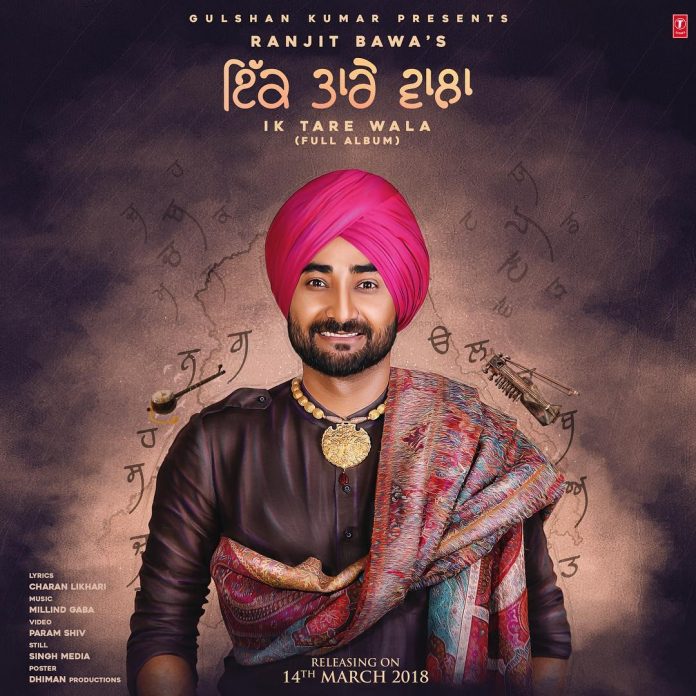 The singer’s latest song is one of 12 songs from his album, which was released on the 14th March which was also the singer’s birthday.

Bawa shared on a post on his Instagram, that said his album is dedicated to Punjabi, Punjabi and his fans. He isn’t the only Punjabi singer to release an album this year, with artists such as Diljit Dosanjh who recently released his album “Con.Fi.Den.Tial” earlier this month, and Satinder Sartaaj’s album that is due to be released.

Ik Tare Wala has been produced by Millind Gaba and has been written by Charan Likhari. The song showcases Bawa’s melodious voice and follows the romantic song ‘Diljaaniya’ that he released at the start of the year.

His soulful voice can be heard telling us his success story. The song that is also the album name, tells us of Bawa’s journey from where had nothing to now being successful in his field. The inspirational song is a birthday treat from himself to his fans.

Bawa is also set to star in a hockey based Punjabi movie alongside British Asian actor Mandy Takhar in the movie called “Khido Khund”. The film is due to be released in cinemas on 20th April.

Check out Ik Tare Wala by Ranjit Bawa below.