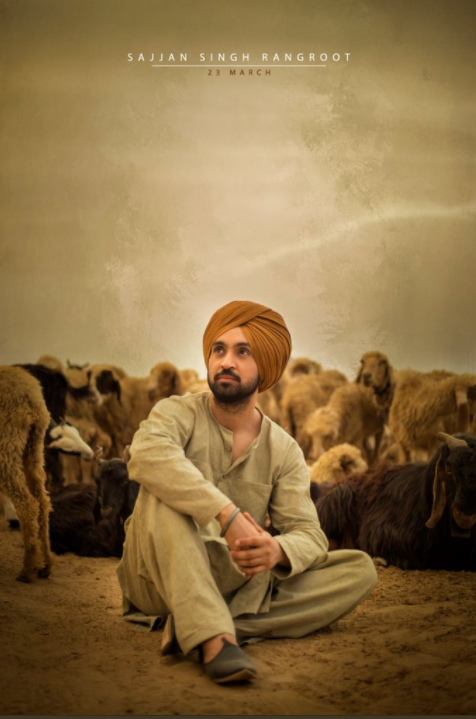 Roti is the latest song to be released from the upcoming war-based movie “Sajjan Singh Rangroot”.

Diljit Dosanjh and Sunanda Sharma are set to star in the latest Punjabi movie “Sajjan Singh Rangroot”, which has become one of the highly anticipated movies on the year.

Roti, has been sang by Punjabi superstar Diljit Dosanjh himself, and is a motivational song which is portrayed in the video that has been released for the song. We see Diljit, standing amongst a large group full of adults and children, and singing the song with passion.

We have already seen the release of Peepa and Sajjana, where we have seen glimpses of the movie that is set to be released on the 23rd March.

Check out Roti from the upcoming Punjabi movie “Sajjan Singh Rangroot” below.