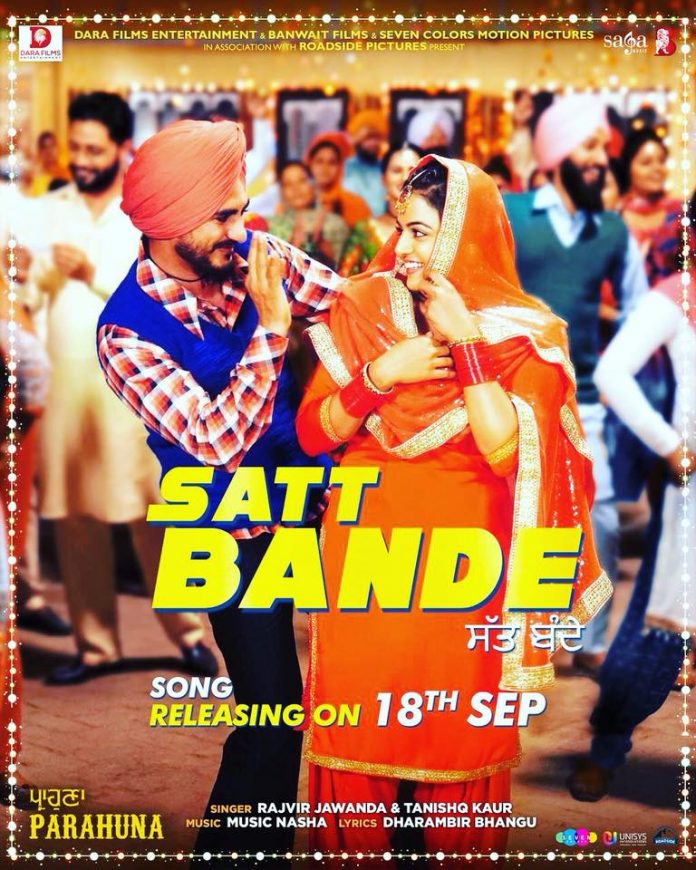 The makers behind the upcoming movie ‘Parahuna’ have released the second song from the soundtrack titled ‘Satt Bunde’.

After the release of the romantic song, Tich Button, the wedding song of the year has now arrived featuring lead actors Kulwinder Billa and Wamiqa Gabbi.

‘Satt Bude’ is a wedding dance song which will bring out all the enjoyment and excitement from the audiences watching and will make you want to join in with the celebrations.

The song has been sung by Rajvir Jawanda and Tanishq Kaur, with the bhangra melody produced by Nasha.

In the video for the song, we see Kulwinder and Wamiqa dancing and toying with each other, whilst they are also joined by other members of the cast.

This the second movie Kulwinder Billa has been in this year, after he made his debut with Subedar Joginder Singh.

‘Parahuna’ is set to hit the big screen on September 28th, featuring a stellar cast including Karamjit Anmol, Nirmal Rishi, Harby Sangha and many more.