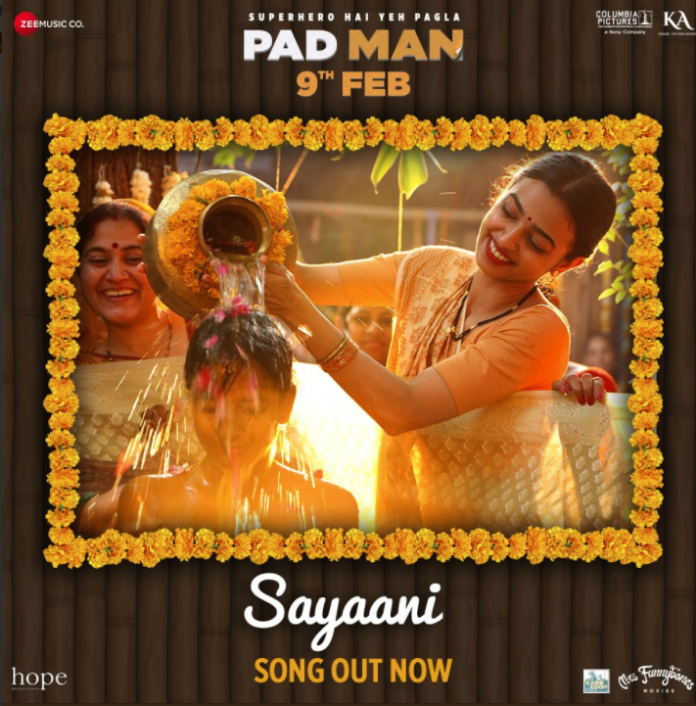 A new song has been released from the upcoming movie ‘Padman’, starring Akshay Kumar and Sonam Kapoor, titled Sayaani.

Bollywood star Akshay Kumar announced the release through his social media and debuted the song for the upcoming movie ‘Padman’.

The song has been sung my Yashita Sharma, Jonita Gandhi, Yashika Sikka, and Rani Kaur, with the track being composed by Amit Trivedi.

The song follows Sonam Kapoor’s character, and other women in the village, where the story all starts from.

Sayaani, is a song that celebrates women’s periods, and in the video, we see an age-old tradition of the women celebrating the commencement of menstruation of a girl.

PadMan was due to be released on the 25th February, but film makers made the decision to move it to the 9th February, to allow Bollywood movie ‘Padmaavat’ to have a solo release following the controversies surrounding the movie in India.