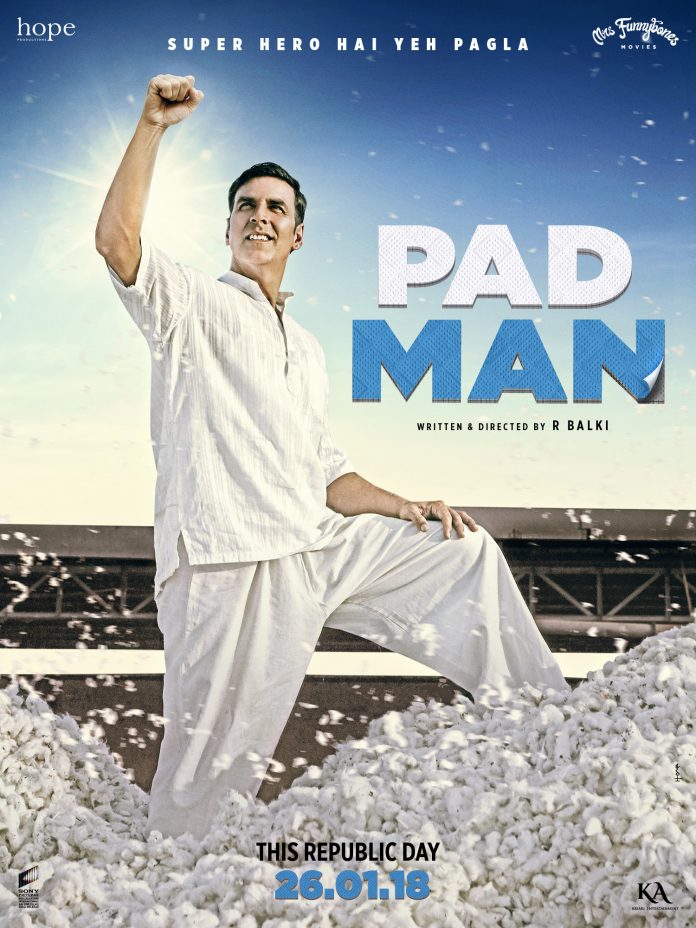 A superhero is a heroic stock character, who is dedicated to protecting their public and fighting evil and oppression at all costs, often single handily. However, contrary to popular folklore, not all superheroes wear capes and can sometimes blend in with the conventional public.

Here’s introducing the inspiring story of one of TIME Magazine’s 100 Most Influential entrants Arunachalam Muruganantham, a rural welder from India turned incredible innovator and inventor, who certainly wasn’t wearing a cape when he was moved to provide women with access to high-quality and affordable sanitary pads 20 years ago.

Our Periods are still a 'Whisper'. But we smash through that loudly at @WeTheWomenAsia as we talk Menstruation with @mrsfunnybones & @murugaofficial. Stop Sexism. Period. Do watch & share this video. #ShareYourStory #WeTheWomen pic.twitter.com/ZGLnWOMWfT

His story has been fictionalised for its silver screen debut with PadMan, the world’s first feature film on menstrual hygiene releasing in cinemas around the world on 26th January 2018.

The movie has been billed as the most progressive family entertainer yet, starring international megastar Akshay Kumar (Toilet: Ek Prem Katha) who assumes the titular role of Arunachalam Muruganantham to once again showcase his commitment to social entertainers. He is joined by critically acclaimed actresses Sonam Kapoor (Neerja) and Radhika Apte (Kabali).

PadMan traces Arunachalam Muruganantham’s international journey from an outcast exiled from society for his endeavours to delve into such a taboo subject, to becoming a super-hero of India’s modern history, as he followed his dream to bring a revolution to menstrual hygiene in India.

Are we still ‘whispering’ about something half the world’s population experiences on a monthly basis? Weird! https://t.co/1EgMvqq0y3

Issues relating to menstrual hygiene are a global phenomenon. Whether this is a result of the stigma and taboo resulting in the marginalisation and disempowerment of women in societies, the economic and social impact of “period poverty”, to the consequences on women’s health, there is a need to educate both men and women on the impact and to ensuring all women have menstrual dignity.

Speaking about the making of the film, leading light Akshay Kumar said: “PadMan is a very special film for many reasons. It is my wife’s first production from Mrs Funnybones Movies. She introduced me to Arunachalam Muruganatham and his wonderful story. It is a story that has universal resonance and Balki has brought it to life beautifully. Sanford and the Sony Pictures team are ideally placed to take the film to audiences worldwide and we look forward to sharing this journey with them.”

Committed to the cause of women empowerment, Arunachalam Muruganantham faced the risk of isolation and marginalisation as he challenged the stigma and stereotypes associated with menstrual hygiene head-on to improve the lives of thousands of women. As is the case with many superheroes, it’s the element of social segregation that makes Arunachalam Muruganantham’s story so special. He is challenged by the extreme backlash of a bigoted society stuck in its ways, to liberate and empower women across the country – just like a superhero.

Padman is set to be released worldwide on January 25th 2018.