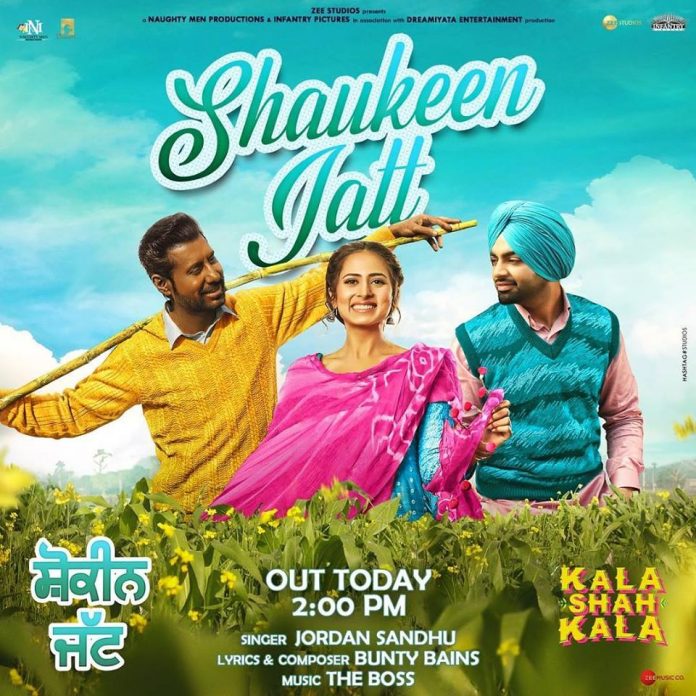 The makers behind the upcoming movie ‘Kala Shah Kala’ have released the third track from the soundtrack titled ‘Shaukeen Jatt’.

Supporting actor Jordan Sandhu took to his 1.2 million Instagram followers to share the news of the song release:

‘Shaukeen Jatt’ has been sung by actor Jordan Sandhu, and the lyrics and music has been written and composed by Bunty Bains. The track is a complete Bhangra track, and will have audiences dancing along to it. We see the full cast showing off their best Bhangra moves whilst dressed in traditional Punjabi outfits.

Speaking about the track, Jordan Sandhu said: “Shaukeen Jatt’ is my favourite track from the whole album. Kala Shah Kala is a wonderful concept and each and every track just adds pace to the story. And I am blessed that I am a part of this beautiful journey.”