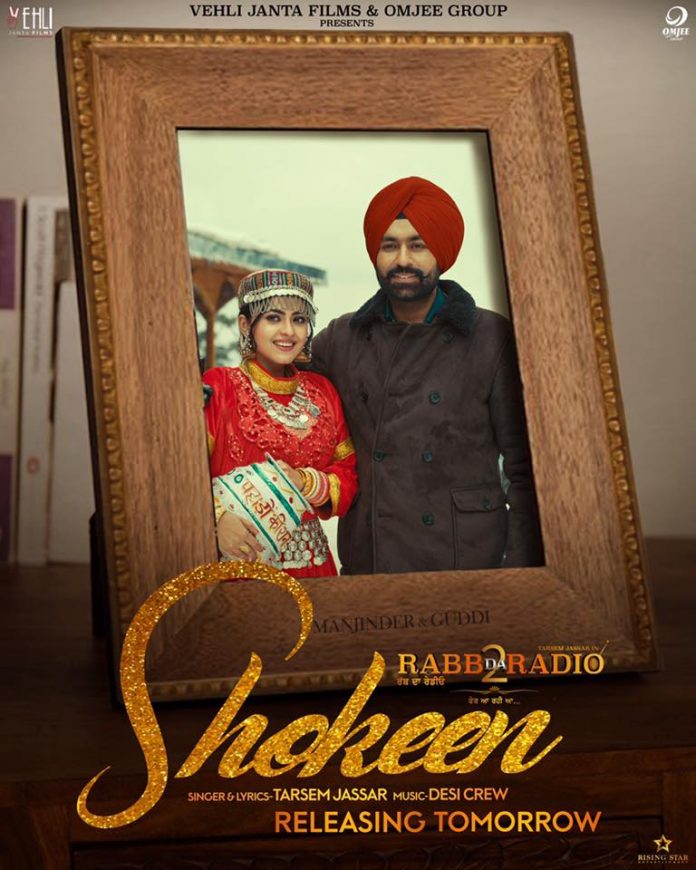 After entertaining fans with the promotional track ‘Jattan De Munde’, the filmmakers behind ‘Rabb Da Radio 2’ have released the romantic track ‘Shokeen’.

Following on from ‘Jattan De Munde’, which was sung by lead actor Tarsem Jassar and Punjabi singer Nimrat Khaira, the makers are now enthralling audiences with the dreamy ‘Shokeen’.

This is the love ballad we were waiting for, and has been sung and written by no other than lead actor Tarsem Jassar.

In the video for the track, we see the newly wed couple Manjinder and Guddi (Tarsem Jassar and Simi Chahal) on their honeymoon, and are all loved up. It has captured the sweetest moments between the on-screen couple, that will send a few hearts swooning.

‘Rabb Da Radio 2’ will also star BN Sharma, Nirmal Rishi, Harby Sangha, Tania, and many others.  The flick has been directed by Sharan Art and is due to hit cinemas 29th March!