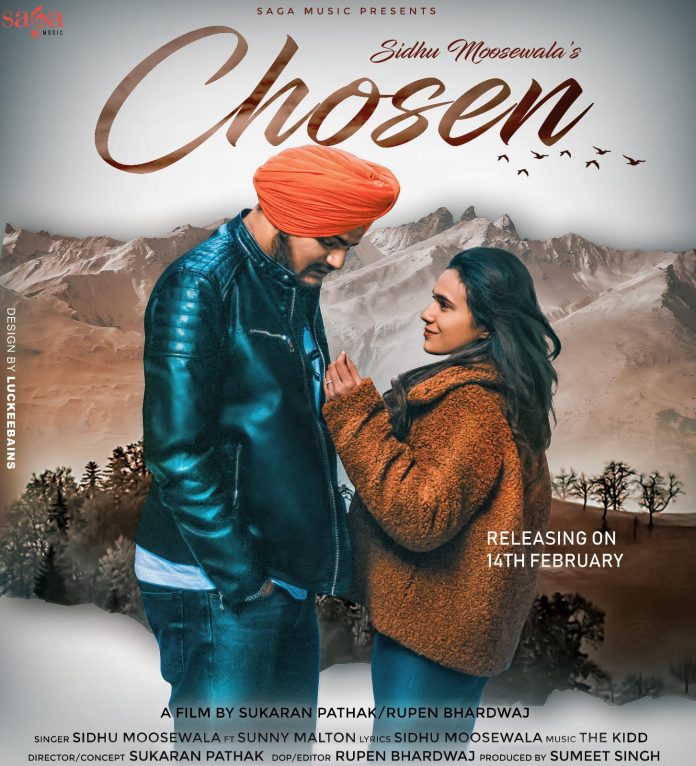 Following on from the freshly released video for ‘Outlaw’, Sidhu Moose Wala has shown off his versatility and released the romantic ‘Chosen’ just in time for Valentine’s Day.

The announcement came to the surprise of his fans, as he only shared the news yesterday on his Instagram account.

The ‘So High’ singer has stepped away from his usual gangster image, and has bared his soul in the track. The mellow love song has been written by Sidhu, and the music has been produced by The Kidd.

Rapper Sunny Malton also features on the track and his rap is the perfect touch to the song. Check out ‘Chosen’ below and on BritAsia TV.