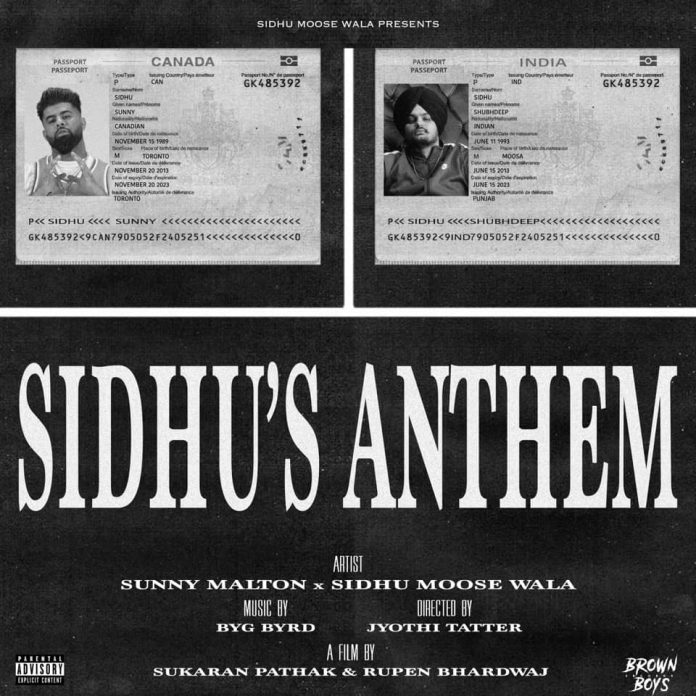 There is no doubt that Sidhu Moosewala is one of the best artists on the scene at the moment, and is the most in demand from the Punjabi music industry.

He recently blew the UK audience away at our Punjabi Film Awards 2019 where he performed his classics such as ‘So High’, ‘Issa Jatt’, ‘Dollar’, ‘Jatt Da Muqabala’ and many more. He is now back with more new music to storm the charts.

For his latest track, he’s collaborated once again with Byg Byrd and Sunny Malton for another powerful track.

He has stuck to his original style and sound, which is sure to go down a treat with his fans. On the movie front, Sidhu is preparing to make his Punjabi cinema debut with ‘I Am Student’.