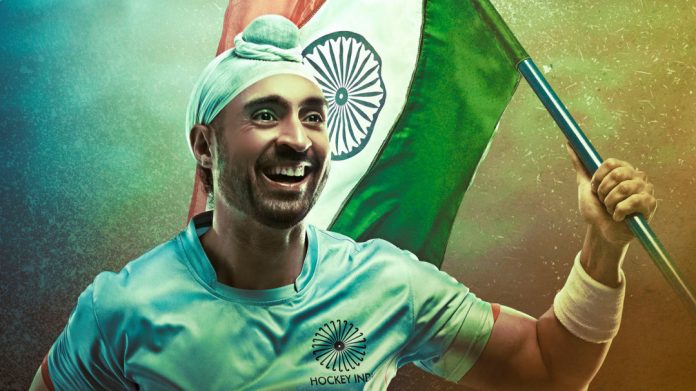 The Soorma Anthem is the latest song to be released from the upcoming movie ‘Soorma’ starring Diljit Dosanjh and Taapsee Pannu.

This is the second song to be released from the movie, after the beautiful and soothing track ‘Ishq Di Baajiyan’. The ‘Soorma Anthem’ is powerful and motivating, and the power anthem will leave you with goosebumps. You can hear the passion in Shankar Mahadevan’s voice as he sings the hard-hitting lyrics by veteran lyricist Gulzar.

At the song launch, Shankar shared the idea behind it stating: “The brief was to create a new song that captures the trails and tribulations of Sandeep Singh and yet showcase how he stood tall in spite od everything. The song is just that I’m sure it’ll become an anthem for every fighter out there.”

In the 3-minute video, it showcases the struggle and challenges faced by Sandeep Singh, played by Diljit Dosanjh. From his fight to get into the Indian Hockey team, to being accidently shot, to then battling against his physical pains and mental illness, the song takes us on a journey that’s shows Sandeep’s passion for the game and determination to get fit and be the best.

It focuses on the brother bond between Sandeep and his older brother Bikramjeet, and shows that love and dedication can make anything happen.

‘Soorma’ is an inspiring true story of the triumph of the human spirit, about a player, who made headlines for his unbelievable comeback after an unfortunate accident through sheer determination, hard work and unrelenting passion for the sport.

The movie is due to be released on 13th July.