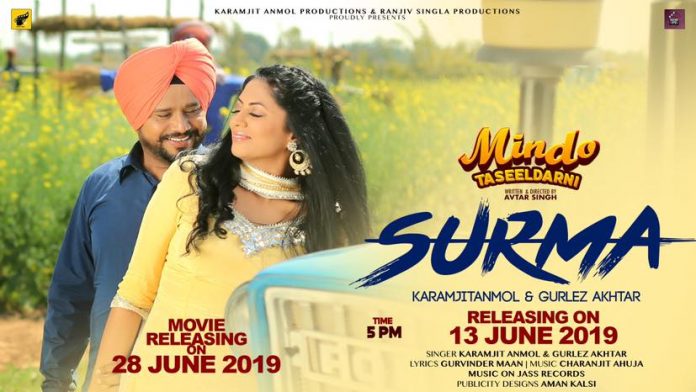 The makers behind the upcoming movie ‘Mindo Taseeldarni’ have released the second track ‘Surma’ from the soundtrack.

Following on from the successful release of ‘Veere Diye Saliye’, the makers are now entertaining the audience with the flirtatious track ‘Surma’.

The romantic track has the perfect blend of flirty and cheekiness, and this is then reflected in the visuals between Kavita Kaushik and Karamjit Anmol.

We get a closer glimpse between the on-screen chemistry of the two lead stars, which will leave the public swooning.

The romantic comedy is set to be released on 28th June 2019.