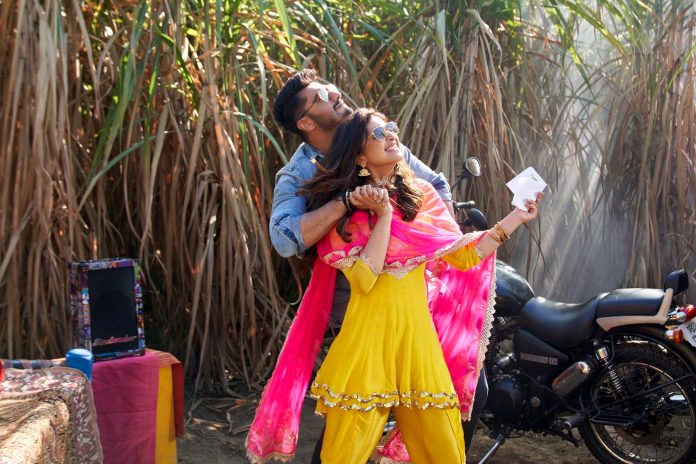 ‘Tere Liye’ is the first song to be released from the upcoming Bollywood movie ‘Namaste England’ starring Arjun Kapoor and Parineeti Chopra.

Last week, the trailer was released, much to the delight of many fans and has already garnered nearly 20 million views. It has now been followed up by the beautifully romantic song ‘Tere Liye’, which features the loving chemistry between both lead characters.

The soulful track has been written by Javed Akhtar, and has been sung by Atif Aslam.

The song has been shot by stunning backdrops of colourful Punjab, and in the three-minute video we get a closer look at the intense relationship between Arjun and Parineeti. It follows the journey of Jasmeet and Param as they start their love story in Punjab and make their way across Europe until it reached London.

Namaste England, directed by Vipul Amrutlal Shah, is due to hit the big screens on October 19th this year, where we can witness the relationship unfold in front of us.