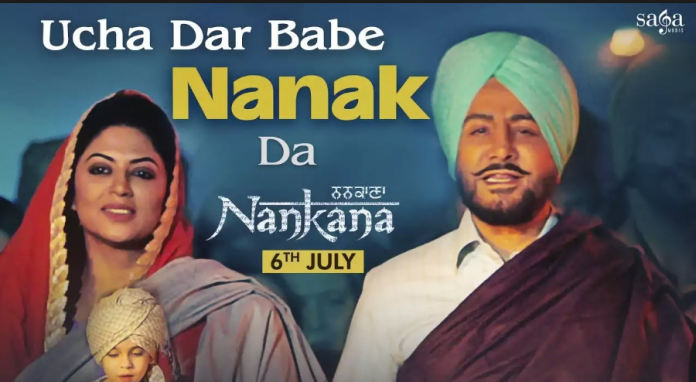 The latest song is a remake of ‘Sobha Sun Ke Aya’, which was sung by the lead actor himself. The original song was used in the movie ‘Ucha Dar Baba Nanak Da’, that was released in 1982 and featured Gurdas Maan and Priti Sapru.

As soon as the track starts, you’ll instantly develop a spiritual connection with the song. The devotionals song is sung to praise the first Guru- Guru Nanak Devi Ji. The legendary singer has sung the song perfectly as he sings the holy and dive verses of Gurbani, against Jatinder Shah’s beautifully composed music.

The video features Gurdas Maan, Kavita Kaushik and a little child with other villagers doing the early morning rounds known as ‘Prabhet Pheri’.

‘Nankana’ is a period film which is set against the backdrop of Indian-Pakistan partition in 1947. It has been directed by Gurdas Maan’s wife, Manjeet Maan. After the release of the trailer, it received a lot of love and appreciation, and with the release of the latest song, audience’s can feel much more connected to the movie. The movie is set to release on the 6th July.