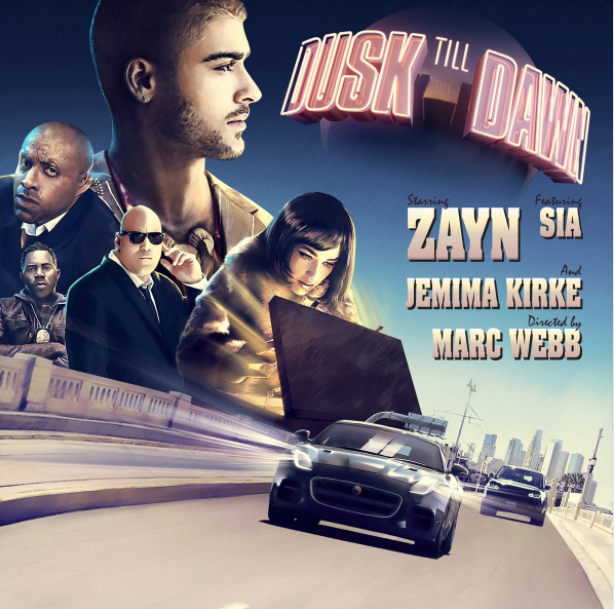 Zayn Malik is back with a huge track ‘Dusk Till Dawn’, featuring powerhouse Sia, which is the first single from his upcoming second album.

The song opens softly, with Sia’s powerful vocals leading up to the strong bridge of the song. The track was co-written by Zayn and Sia along with Greg Kurstin.

The music video for the track doesn’t disappoint either, and features a high-speed car chase in some cool, expensive cars as Zayn’s character goes on the run.

The video for ‘Dusk Till Dawn’ has been directed by Mark Webb, who is known for directing the Marvel series The Amazing Spiderman and the classic 500 Days of Summer.

Zayn’s debut album ‘Mind of Mine’ was a global success and was a #1 record, that featured ‘Pillowtalk’, which saw him become the first British male to gain a #1 in both the UK and US.

Zayn seems to be having a great 2017 so far, and has recently picked up the award for ‘Best Dressed’ at the GQ Men of the Year Awards 2017.

Check out the music video for Zayn ‘Dusk Till Dawn’ ft. Sia below and on BritAsia TV!