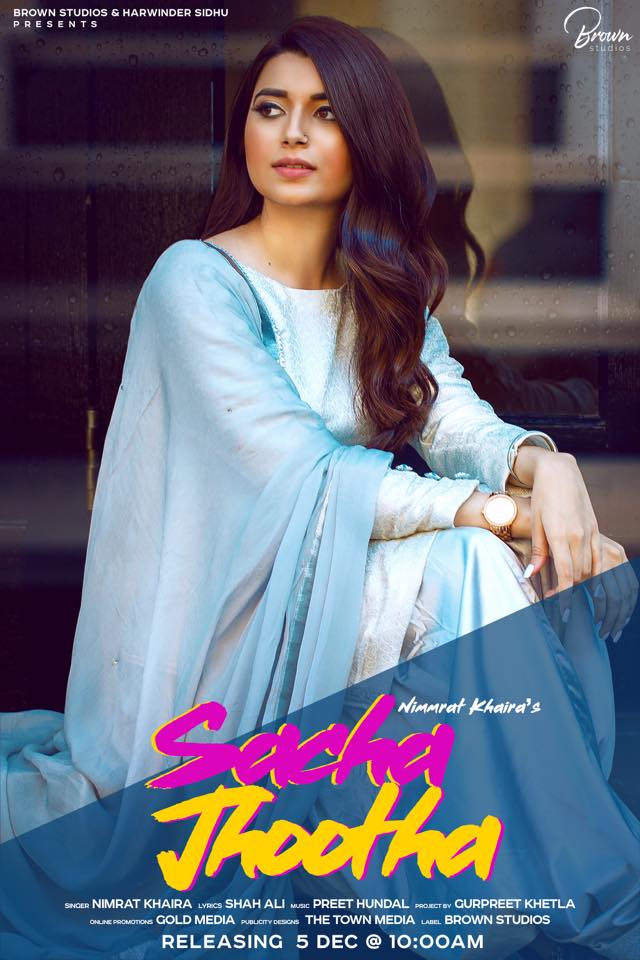 Punjabi singer Nimrat Khaira has unveiled the poster for her next upcoming track titled ‘Sacha Jhootha’.

Nimrat Khaira has had a busy year this year, from releasing ‘Ranihaar’, to winning a Punjabi Film Award for ‘Dubai Wale Sheikh’, to performing at the BritAsia TV Music Awards 2018 and even making time to release a movie with Punjabi singer and actor Tarsem Jassar.

The Punjabi singer has got one more treat in store for her fans, and announced that she will be releasing one more song before the year ends.

Not only has she revealed that her next track is called ‘Sacha Jhootha’, but has said that the song will be released under her team’s new label ‘Brown Studio’s’.

Preet Hundal has produced the music for the track, after previously working with Nimrat on ‘Ranihaar’. Shah Ali has written the lyrics, and the song will be out December 5th.

Nothing else is revealed but Nimrat is dressed in a Punjabi suit so we can expect a Bhangra banger from the Punjabi singer.