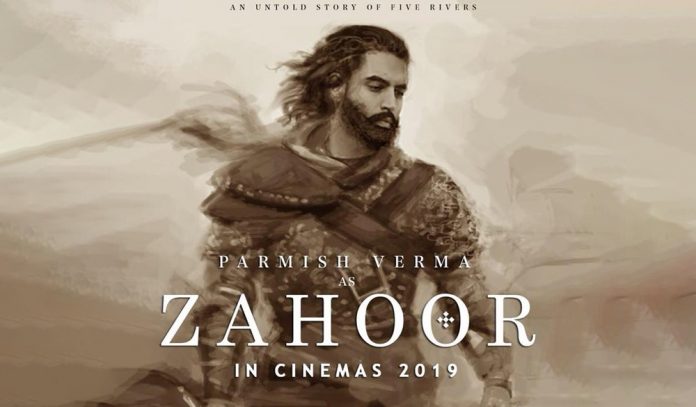 Video Director Parmish Verma made his Punjabi film debut last year in the movie ‘Rocky Mental’, and has released a few of his own songs.

He started off by video directing, and then made his mark in the Punjabi industry with his debut film and as a singer.

The Punjabi singer and actor has already got a lot of projects lined up, with the first announcement earlier this year, that he will be featured in the Punjabi remake of Bollywood movie Singham, which will be produced by Bollywood Singham Akay Devgn himself.

Parmish has now bagged himself a lead role in the upcoming movie titled ‘Zahoor’. The actor shared the first look of the movie on his social media, which is set to be a period drama.

We can see the actor dressed as a fierce warrior, holding a sword in one hand a stroke of red in the other, that could be indicating blood.

On the poster, it has the message, “The story of Five Rivers”, and states that the movie is based with true events from the 18th century.

There is no official release date, but we know the movie will be out next year.