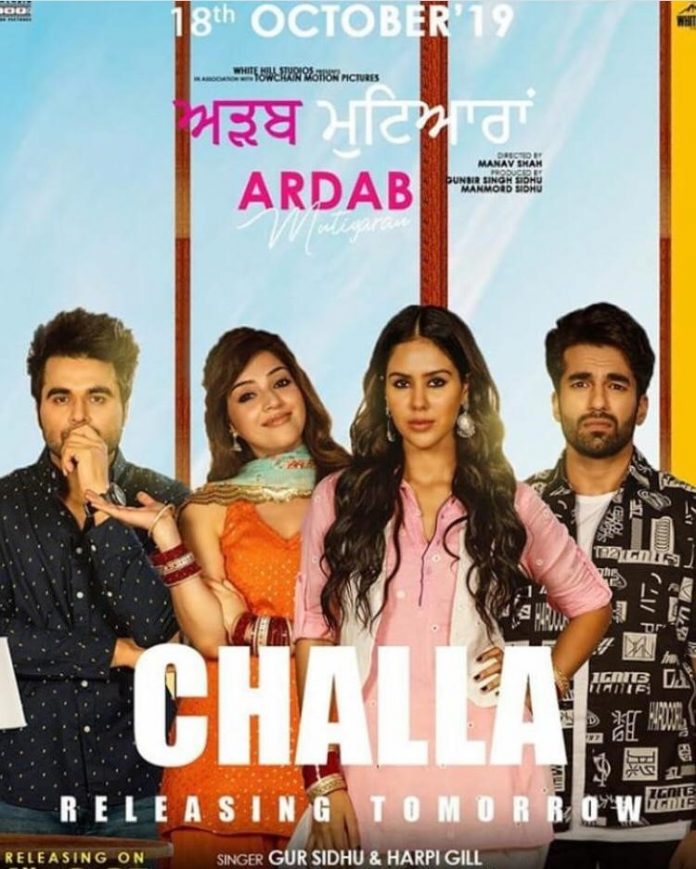 Sonam Bajwa has taken to Instagram to announce the 2nd song ‘Challa’ from her upcoming highly anticipated film ‘Arab Mutiyaran.’

The song features singers Gur Sidhu and Harpi Gill and is already a hit with fans!

Arab Mutiyaran will be released worldwide on 18th October.

Watch the video to ‘Challa’ here:

Music BritAsiaTV - 28th May 2020
0
After the success of his song ‘Dear Mama’, Sidhu Moosewala is back again with another Punjabi hit, Muchh! With the lyrics penned by Sidhu...

Music Simran Grewal - 27th May 2020
0
Following on from their huge hit - 'Genda Phool', Badshah & Payal are back again with their new song 'Toxic'. The song features television...

Music Simran Grewal - 27th May 2020
0
The duo that brought you 'Tiffany' are back! 4G-Records are proud to present Jhinda-Music's next single 'Gutt Sapni'. Written and sung by the very talented...
© BritAsia TV 2020 All rights reserved. Made By Gloss
MORE STORIES